Well, perfect for one little room in our house.
I've been kind of at a loss when it comes to our den (or the "man room" as we've been jokingly calling it :). It's really the last frontier in our home. Not that everything else is complete (or even close to complete) but it's the only room that has no cohesiveness whatsoever. Despite its "man room" title,  it's not very manly...or cool...or really anything much at all
A few months ago we got our first real TV, a definite highlight in my husband's life, ok let's be honest,  in all of our lives--nothing beats Lost on a big screen. With the new purchase and a sofa scored on craigslist, what used to be an extra bedroom became our new den. Ta-da! Well, not really. It's actually a sad mash-up of styles because we've been filling it with whatever doesn't really go in the rest of the house....eclectic in the not so good sense. And of course the millions of paint swatches on the walls don't help either....well actually they do in that they help me deal with its unfinishedness: "yep, this room is sure going to look good once it's all painted." The fact that the room has been covered in swatches for several months is beside the point :) 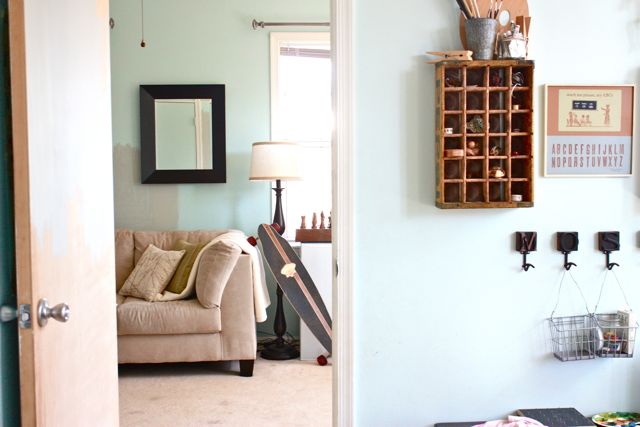 Making matters worse, the den is part of our awkward addition that was added in the 80s. It's a long narrow room with a challenging layout and only one redeeming quality: an awesome exposed brick wall...that the previous owners not so awesomely covered up with a horrible shade of purple paint.
The rest of the house was built in the 40s, and in my opinion everything looks better with wood floors, plaster walls,  and wide baseboards. They may even be capable of making a big flat screen and big sectional look not so mcmansion. But wall-to wall carpet, drywall, and lack of architectural details...well there's not much hope, or so I thought.
BUT yesterday I got an idea as I was preparing my post on two-tone walls for Apartment Therapy, and it goes a little something like this....
Black (or deep gray) and white two one walls. Black on bottom that will extend about 8 inches above the back of the sofa that extends 3/4 around the room (every wall except the brick one). Like this: 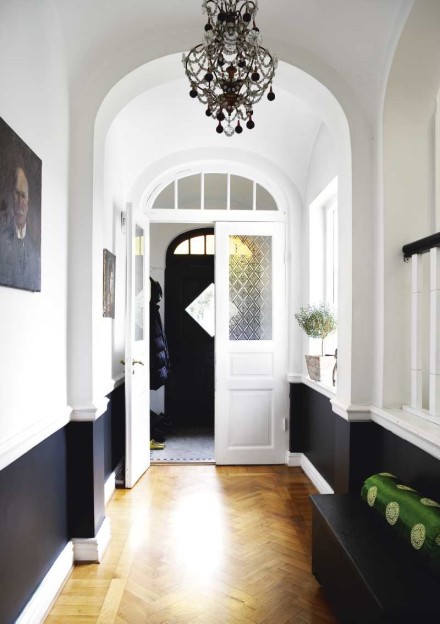 (from skona hem)
A salon style grouping of photographs, art, and other beloved things like old mirrors, maps, and Rich's long board :) 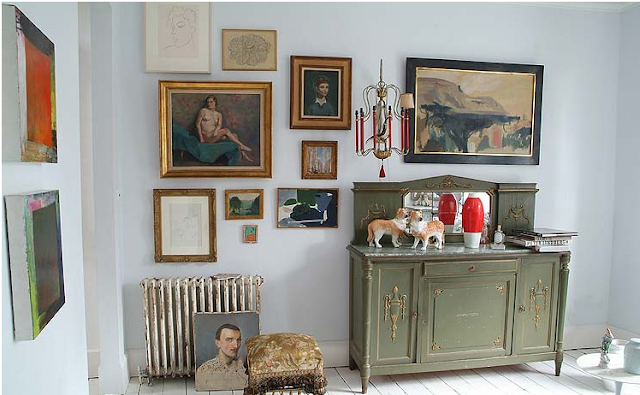 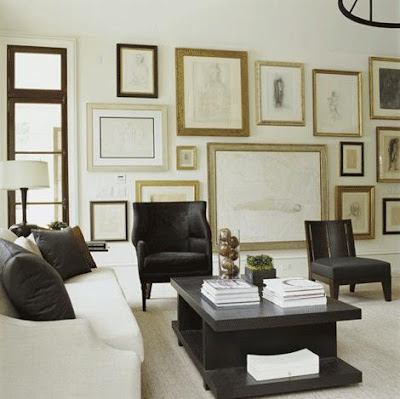 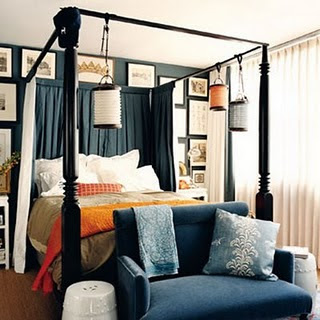 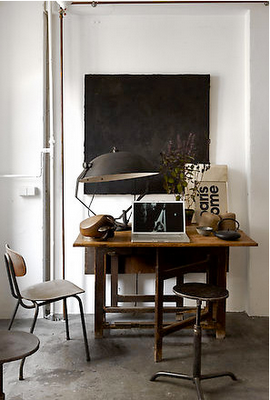 (top: Mustard & Sage via space for inspiration, bottom: Domino of Nathan Turner's beverly hills abode)
A silhouette styled cityscape mural painted on the brick wall. I'm still trying to decide on the color scheme on this one, but I'm awfully smitten with the one painted in Kensington's delicious sub*urban trading co. ...which incidentally has become a frequent stop for me and the girls. It just has such a wonderful feel to it,  not to mention the fact that everything is delicious.

A rug. Probably a nearly thread bare oriental one, but I also like the idea of more black and white... 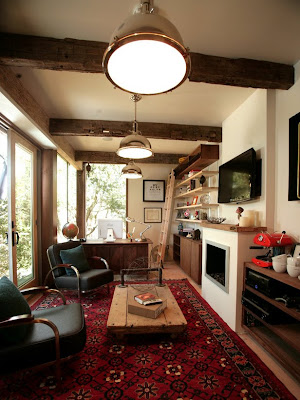 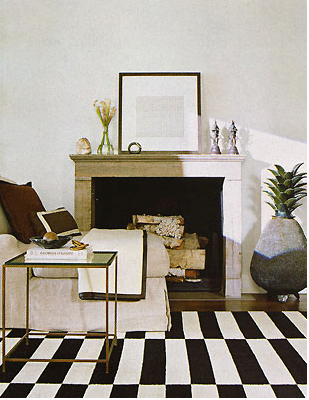 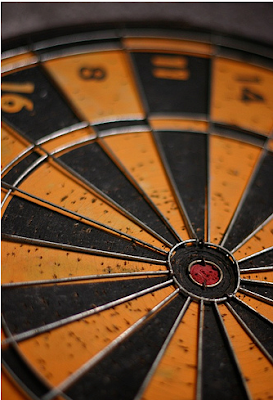 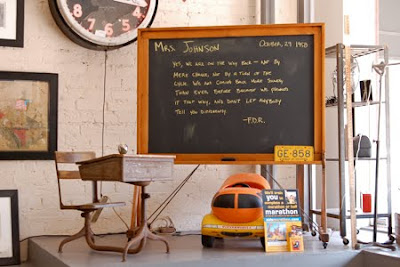 (rehab vintage LA)
Now that I have my vision I can hardly wait to start...but I'll just have to. This week is jam-packed and I'm dead meat a tad bit behind!
****update! Almost a year later, we did actually make a little progress in this room! You can check out its current state in this post.
Posted by Leah Moss at Wednesday, March 24, 2010

Email ThisBlogThis!Share to TwitterShare to FacebookShare to Pinterest
Labels: our house, progress