Runnin From The Law!!! 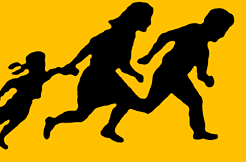 OK, bear with me, this is going to be a long one!  (and the pictures will be random :) 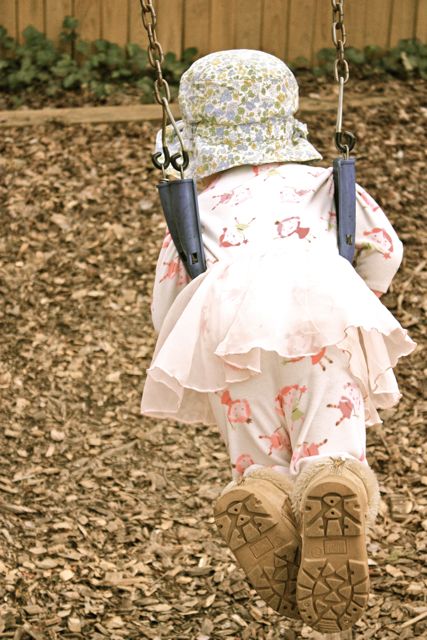 (just another day in the life for geeps and her creative wardrobe)
The past five years have been full of big changes and big decisions--marriage, moves, grad school, babies, more moves...but today we're announcing one of the biggest ones yet: we're leaving the law! Rich has decided to call it quits as an attorney and pursue a career in education. 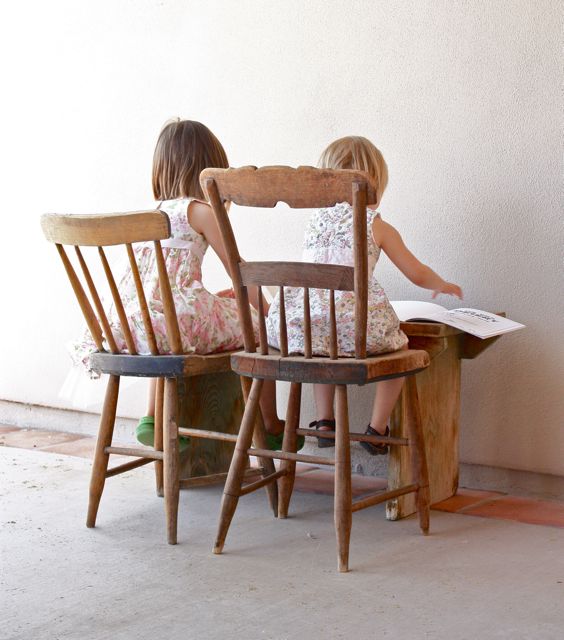 Practically ever since graduating from high school he has thought about going back to it. He loved the men who taught him and the spirit of the school. Shortly after he graduated from college and we got married he very nearly decided to go teach at his old high school, but felt that it wasn't the right time. We had just found out that we were expecting our first baby, and he had just been accepted to law school, so we put that plan on hold and off we went to Notre Dame for law school. Those years were some of the best and the worst. We met some of the best friends in the world (we MISS them!!!), had two babies within 17 months...with super tough pregnancies, and grew really close as a family. Rich worked like a dog the entire time, and ended up rocking out and landing a wonderful job at a huge firm with its main office in DC (where we wanted to end up). 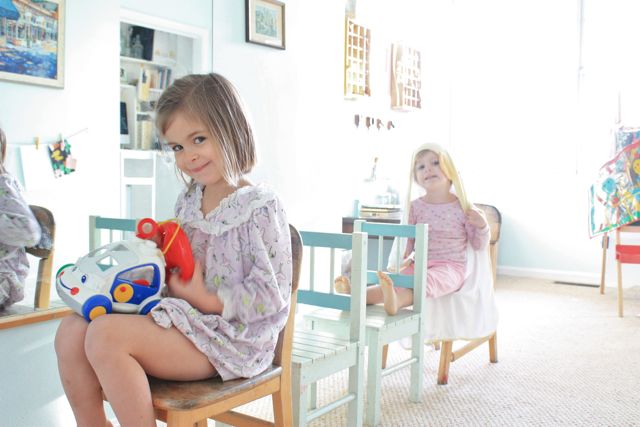 Despite all the nightmares we heard about being a new attorney at a big firm, Rich found a great practice group and worked on some awesome cases right off the bat. He's had great mentors, and a lot of encouragement. Some of the people we admire most in this city are ones we've met through his firm. Externally everything has worked out for us. God has been good, and we've felt taken care of and secure. 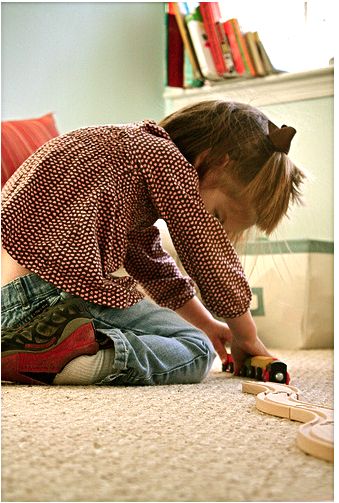 But cliche as it is, something was missing. Something huge: time with each other and the sense that we were doing what we we supposed to with our youthfulness and our lives. Big firm hours, not surprisingly, are really tough. There were weeks where we would barely see each other at all, and most weeks where we would only see each other only at our worst, most exhausted times. It was tough and confusing b/c in some ways we felt really successful, and in others we felt like total failures.

I decided to leave my job and decline a very nice new one in order to pursue my own design and writing projects that would allow me spend the most time with my girls, and Rich decided to reevaluate his career path. We both felt called to live more simply. Ultimately we knew that life was short and we needed to spend more of it together. And just about that same time, his old head master (who is a really good friend and a living saint :) called and offered him his dream job at his old high school. We gave it some serious thought and lots of prayer, and we decided to go for it! 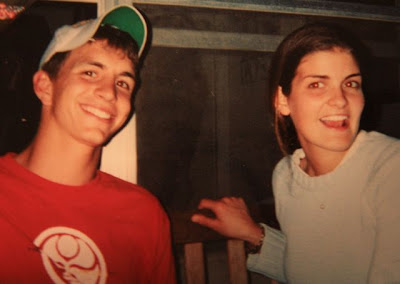 (this is us freshman year of college...told you the pictures would be random!)
I'm sure a lot of people think we're nuts. At first I wondered if it was too crazy--leaving a promising career with great financial benefits for education, which isn't known for getting you rich. But these past few years have taught me that money really isn't that thrilling if you don't have the time to get to spend it with the people who are most important. A few months ago we actually found ourselves talking about the things we were going to get to do when we retire--we're still in our 20s!!! It was depressing.

But as soon as we made the decision to take the new job (which he'll begin early this summer) we felt like a cloud lifted. I know that there will be a lot of new challenges, but right now I'm enjoying the feeling of relief and freedom, and reveling in daydreams about all the time we'll finally be able to spend all together. 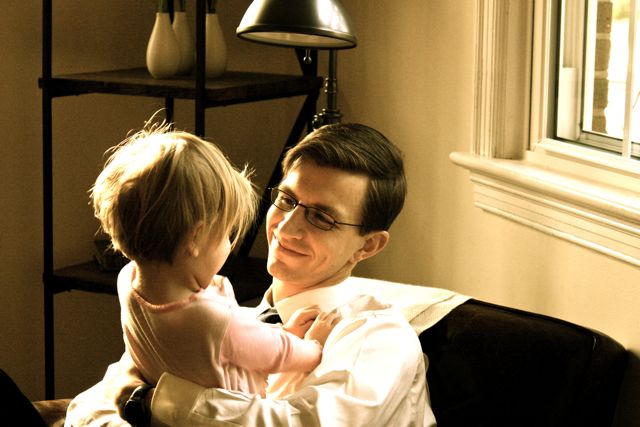 A Trip in Portraits 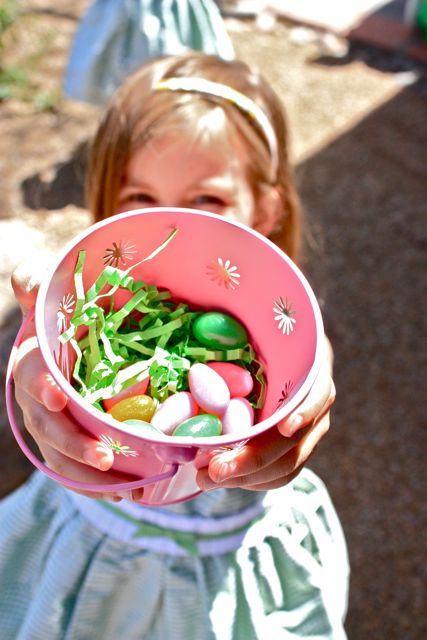 We just arrived home from a week of bliss in Arizona with my husband's grandparents (he's lucky to have all four alive and lucid), and we couldn't have asked for anything more. The weather was divine, the company was even better, and we ate like kings and queens the entire time. Plus, the Easter bunny made two (!) stops this year, and Maddy (above) probably ate her weight in jelly beans. 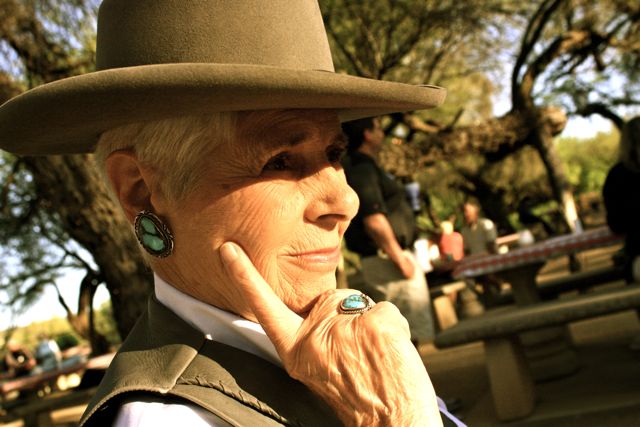 She is who I want to be when I grow up--beautiful and classy and natural all at once.  Rich's family is one of the best parts about being married, and I don't take it for granted. I've fallen in love with every single member, but his Grandmother holds a very special place in my heart. She is exquisitely strong and gracious, and her home reflects her life so beautifully--fresh and welcoming, peaceful and interesting. 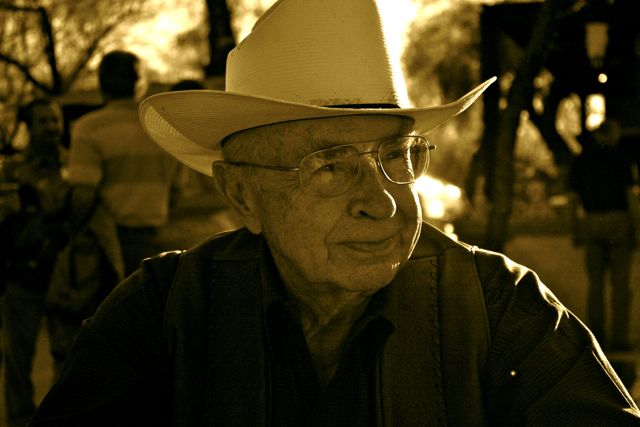 Here is her counterpart. He is probably the most brilliant person I will ever meet. He knows everything about everything from horses to real estate to engineering and everything in between. He also has a wonderful wit that he shows off very frequently. 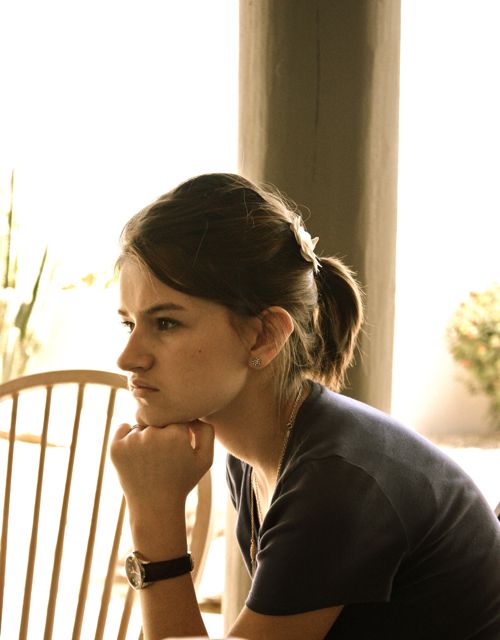 And this is my beautiful sister in law who I caught on film unsuspectingly during one of our daily cocktail hours (that's the life!). When I met Rich she was 4 and now she's this lovely grown up with a fittingly lovely personality. 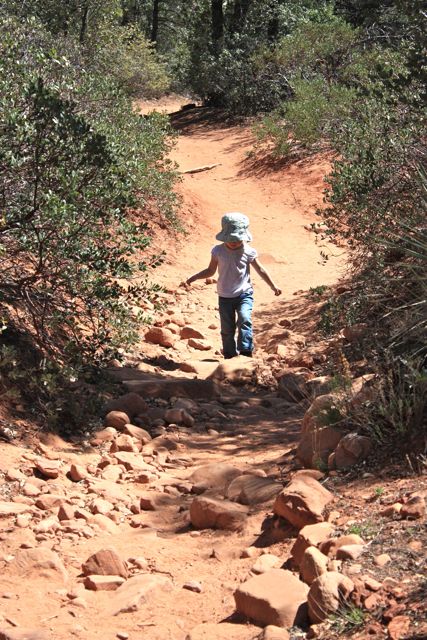 I spotted this little urchin on our hike. She was a little mountain goat! 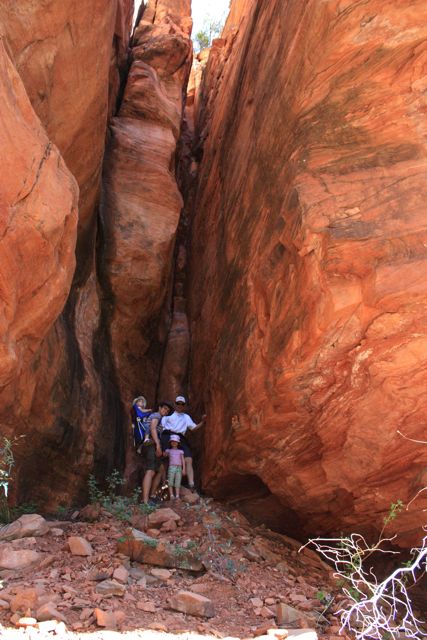 but she knew when to take advantage of a free ride too :) 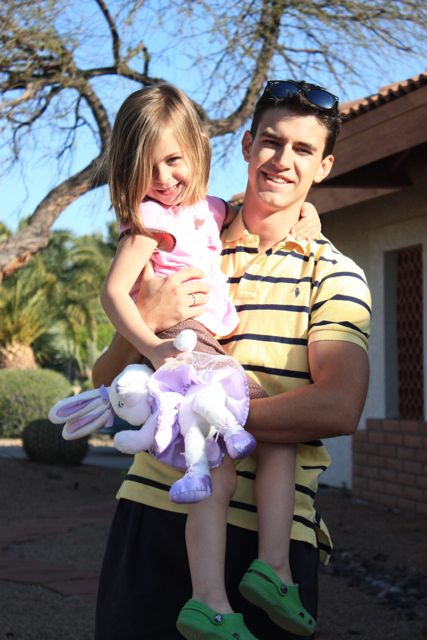 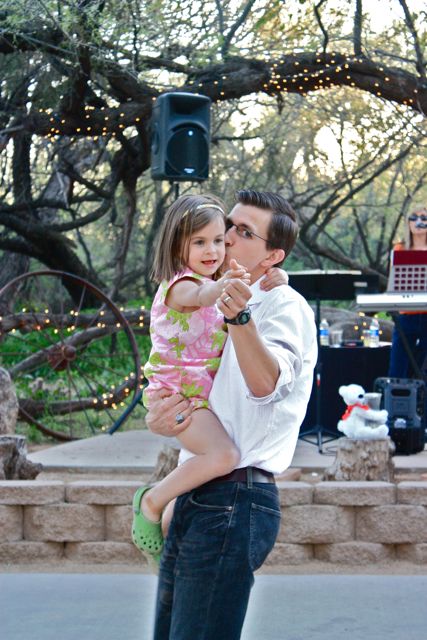 And this one is no different. I don't think either of them was without someone around to hold them the entire week.
OK, now back to real life!
Posted by Leah Moss at Monday, April 12, 2010 5 comments:

PS- you're living in my (dream)house

I have been lurking in back issues of vt wonen magazine, a charmer from the Netherlands that has me pretty much breathless halfway into each issue. The March magazine was one of my favorites yet, and mostly because it featured my 2 dreamhomes: 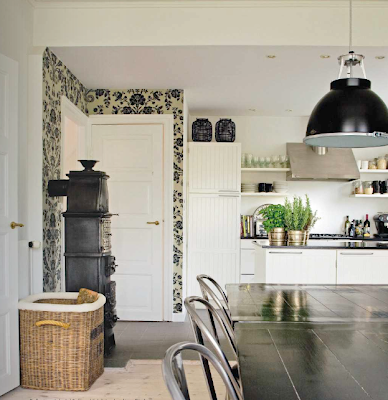 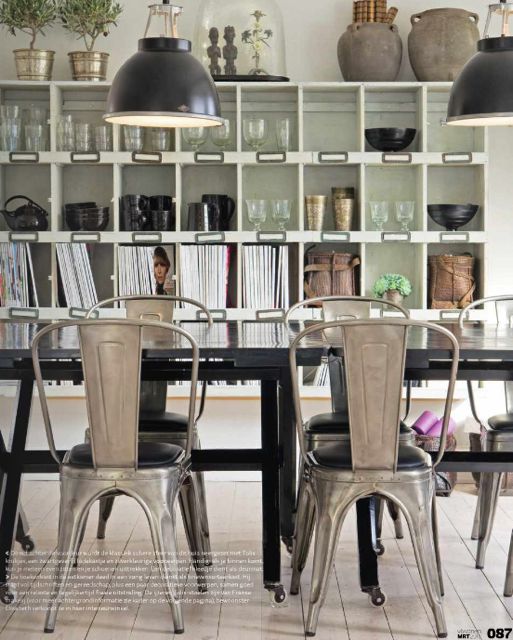 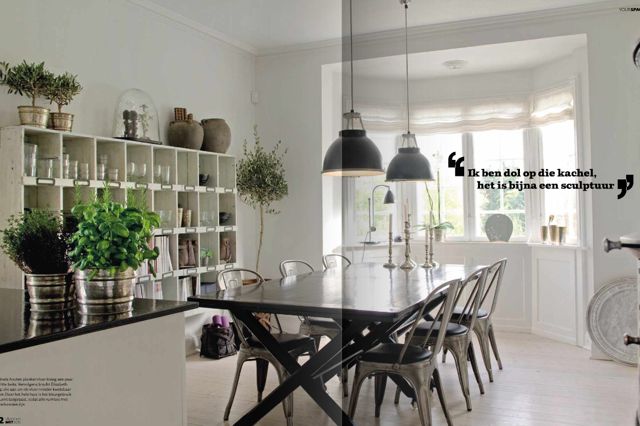 black paint is making my crazy lately, especially when paired with gold and gray and lots of greenery and enough white to make it look moody but not oppressive or depressing. I can't get enough! 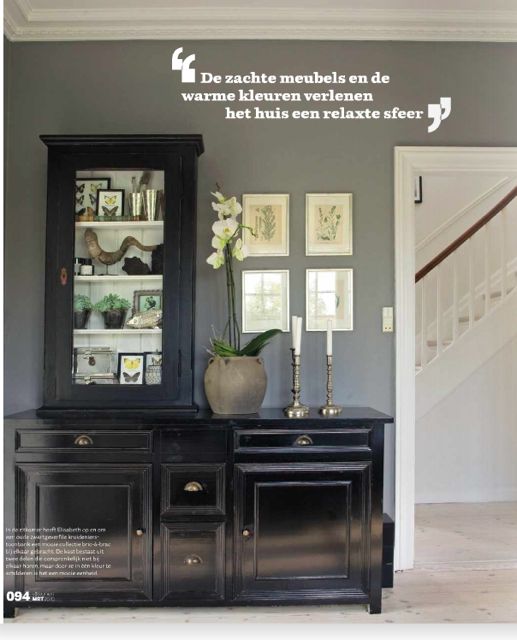 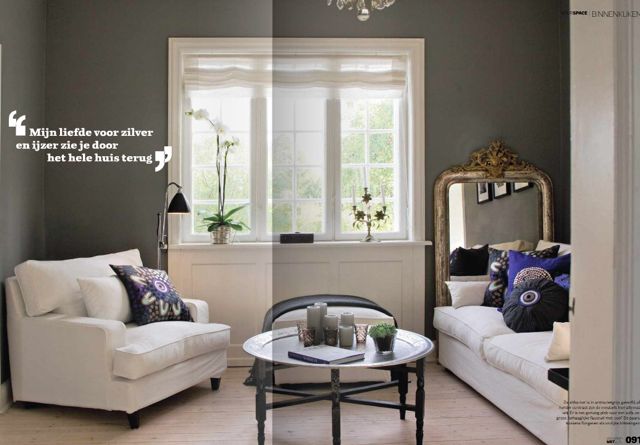 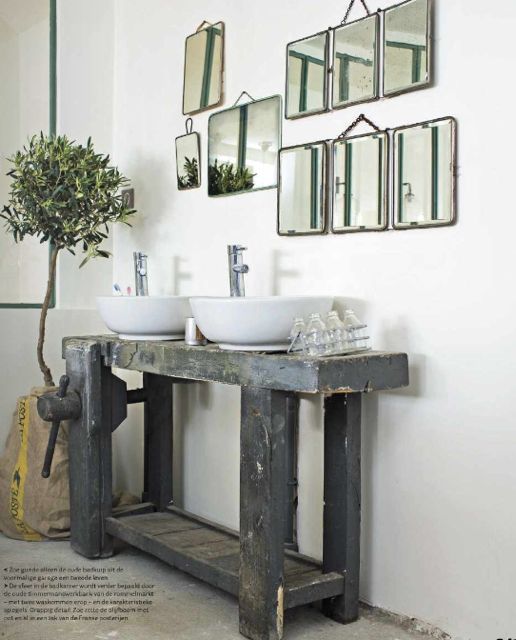 This looks like it could be part of the first house, but it belongs with this other beautiful dining room 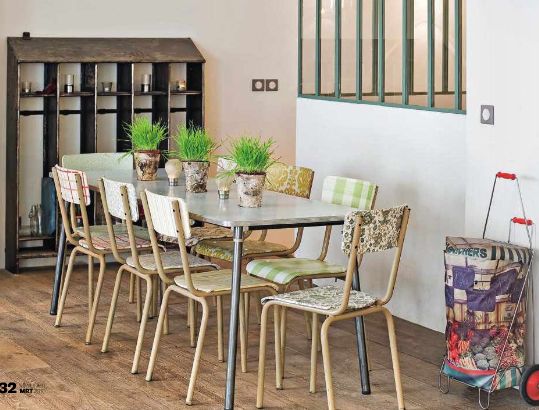 You can check out the rest of them here.
Posted by Leah Moss at Thursday, April 01, 2010 7 comments: