Amazingly enough this weekend will already be the 3rd Sunday of Advent, Gaudete Sunday, which in Latin means rejoice. Maddy is extra excited because it means that we'll be lighting the pink candle...although she has been pretty excited about the previous two week's purple candles as well. I think she thinks that advent colors were selected especially for her :)

We have never had a set date to start Christmas decorating, but this year we decided to wait until Gaudete Sunday to go all out, which has made the girls and me appreciate the little touches of advent around our home even more. So, before Advent completely slips away and Christmas season reigns supreme, I'll take you on a little tour.

Everything we did this year was simple and natural...

We planted lots and lots of paperwhite bulbs 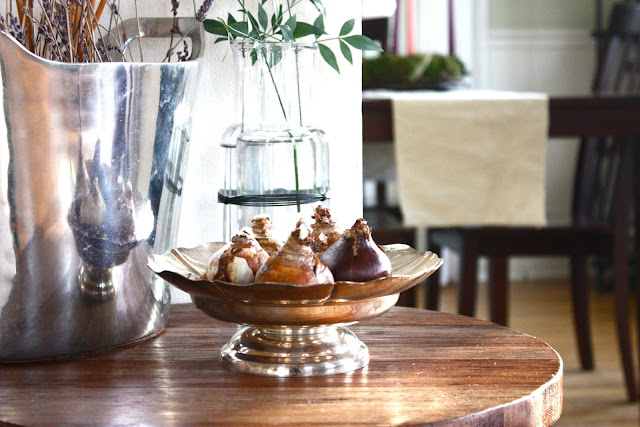 usually I plant a bunch in clear vases because I love to watch the roots grow and tangle--magic!--but this year I was so inspired by Mari Erikkson's (angel at my table blog) simple display below, so in addition I also tried a really shallow silver candy dish that we got from Rich's grandmother. This picture was taken a few days ago when the bulbs just started to put out roots, but they've already begun to sprout little green shoots out the top too. Paperwhites are my fail safe. They are pretty much impossible to kill as long as the bulb doesn't sit in water--my kind of plant! I'll post some easy instructions soon. Aren't Mari's gorgeous? 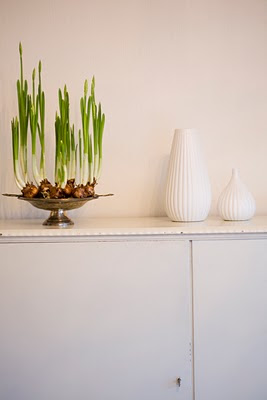 And you can spot our moss advent wreath in the background of the top pic. I haven't done much to change it since a few weeks ago, except we did add the traditional purple and pink candles, much to the girls delight. The tradition it to light a purple (a color of solemnity and preparation) candle the first and second Sundays of advent, then a pink (color of joy and anticipation) candle the 3rd Sunday of advent, and then the final purple candle the fourth Sunday of Advent. 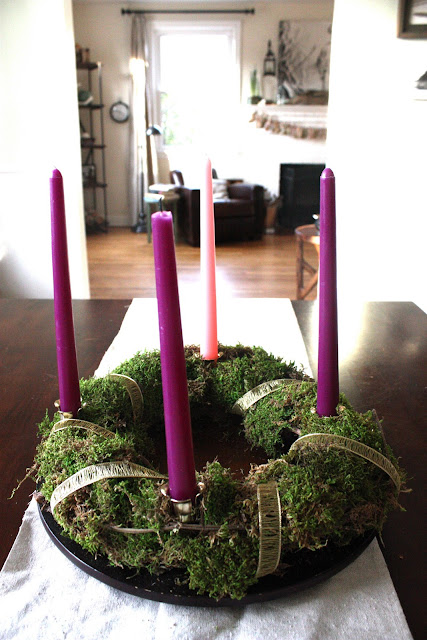 Our mantel is pretty simple so far, but there have been a few little changes since last year. 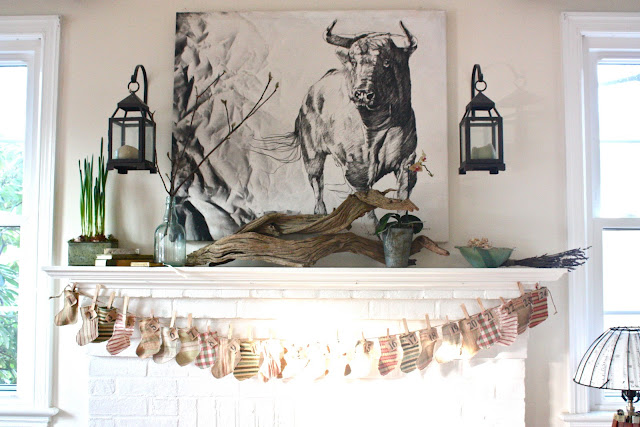 Last year I made the advent calender stocking garland. This year, we're sticking to the same concept but we decided against putting in treats. Last year they caused more fights and jealousy than anything good, so we nixed the chocolate and put in scrolls with special "advent tasks" written on them instead. I know that these little tasks probably won't excite them forever, but the girls love unrolling the scrolls to see what they will get to do that night. Usually its something along the lines of who gets to light the advent candle. And once we set up the nativity scene the notes will include which figurines get to be unwrapped to be displayed that night. 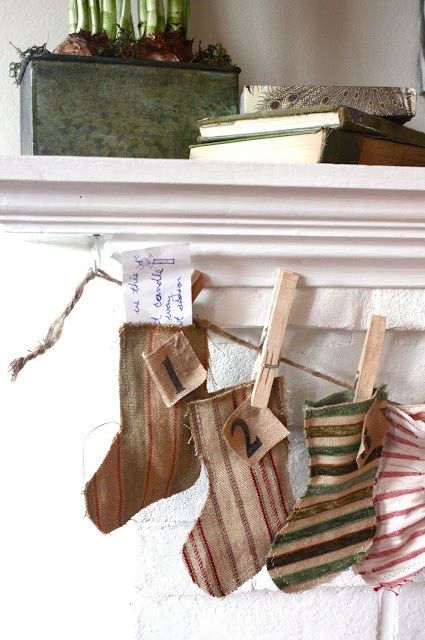 And that's about it so far. Oh except that the cinnamon stick garland that I made for our fireplace the first year we moved in got a new home this year. The cinnamon sticks and pinecones still smell awesome a couple years later, but.... 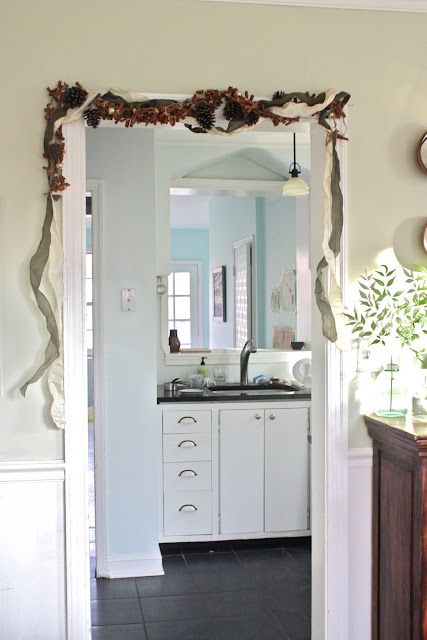 the ribbons looked a little early 90sish to me, so the garland got a minor facelift. I switched out the wire ribbons for some that I made by cutting a strip from an old canvas painter's drop cloth and another one from our old green linen shower curtain that had some stains. I also turned the double garland into a single strand: 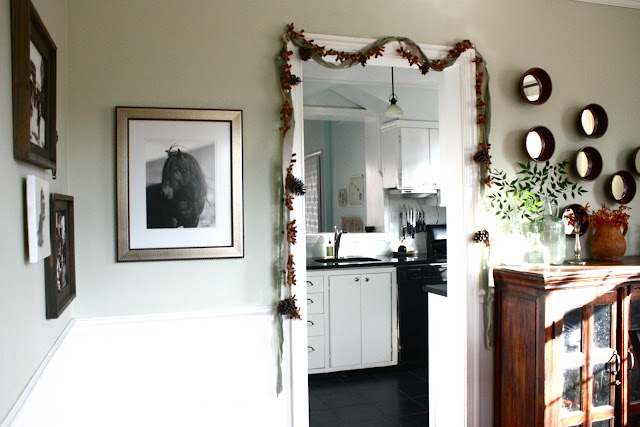 I've loved the slow decorating process of advent this year. It's helped me to try to keep a quieter pace when I'm at home (even though most days and all weekends have been p.a.c.k.e.d).
Posted by Leah Moss at Wednesday, December 08, 2010