Forgetting our grocery bags last week turned out to be a good thing, although you might not have believed it if you happened to have spotted some wildly dramatic lady in the parking lot last week letting out an exhausted d word when she realized she had forgotten them...again....

But thankfully for the good of her saintly children :) she managed to pull it together, embrace her imperfection (and abundance of paper bags), and put a few bags to work. We are making ornaments this year for presents, and these angels are the latest. They take no time at all, and can be made with things that you probably already have around the house. 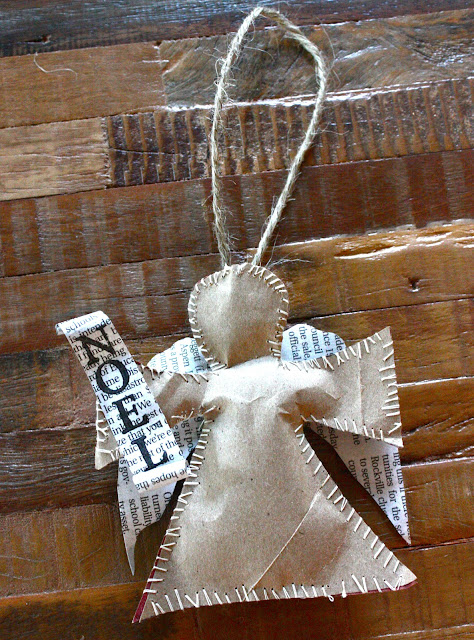 Start out with a bag: 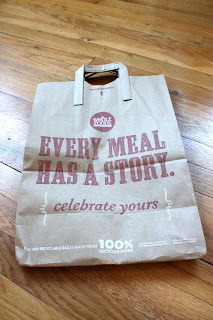 cut out a shape (we did angels, but we're also thinking about doves and gingerbread boys). For this part, I cut the shape out while the bag was still intact (doubled up) so that I would have 2 perfect sides without having to trace and recut a second side: 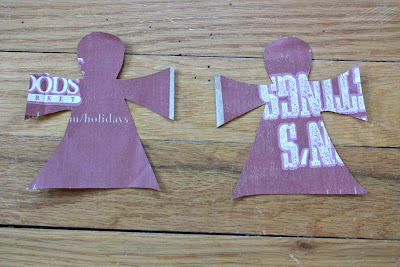 Then we flipped them around so the design side was in, and Maddy took over with the sewing: 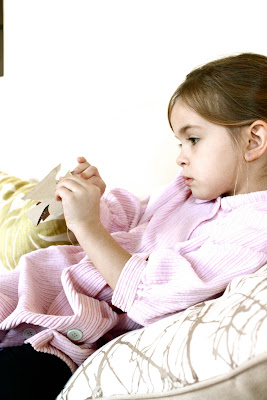 For MollyGrace, I pre-poked the holes with a needle, so that she could sew more easily without poking her little fingers: 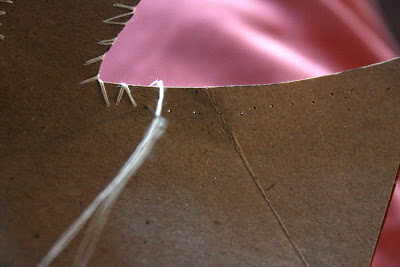 Then we added a little stuffing. We used some from a stuffed animal that Koa (our dog) had decapitated that morning. But you could also use cotton balls or newspaper...or if you're extra fancy, real stuffing :) 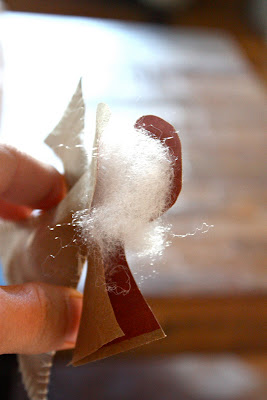 Continue to sew up the remaining edges before attaching a little twine to the back with an extra stitch (or glue). We used newspaper for the wings: 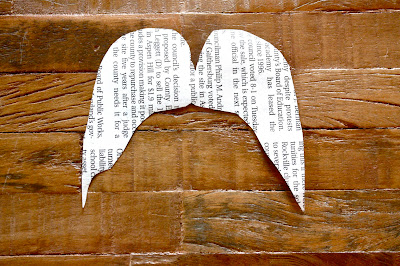 and glued them on over the twine in the back: 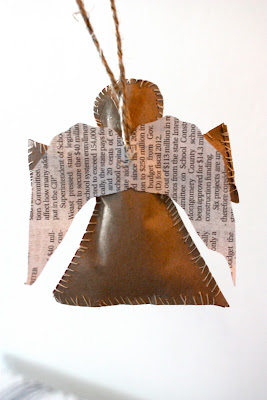 We used another piece of newspaper for our scroll and stamped it with Christmas messages, but names of recipients would also work.


Oh, and PS, a little gloating--I won my first ever giveaway!!!! I checked out Ally's blog, last night just before going to bed, and I couldn't believe it! I was so excited I couldn't sleep...which absolutely exhausted Rich was extra thrilled about. I kept telling him, "I won something!! I won something!!! I WON something!!!" I think the light fixture is really cool...Rich shared my excitedment for about 2 seconds before showing him the picture, to which he responded "It looks like a wigwam"--total buzz kill Rich! The girls like it though, so I least I have someone to share my excitement :)
Posted by Leah Moss at Tuesday, December 14, 2010