Thanks to Ally for mentioning my pendant light on From the Right Bank, I hope that she's managed to salvage hers--I have faith Ally! I've gotten a few requests for more details on how I made mine, so I though I'd revisit the process, BUT before I do, I have to show you its new home... 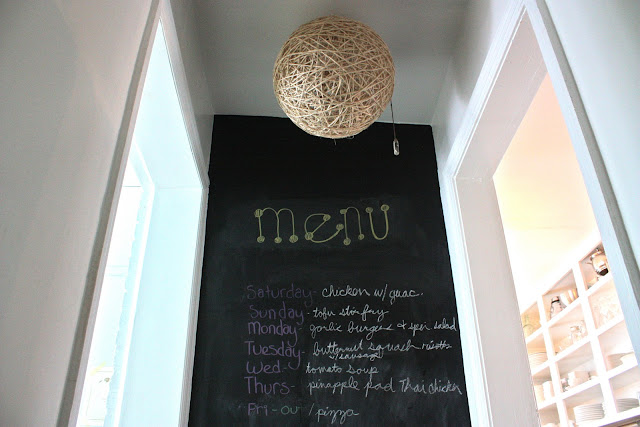 Originally I made it for above my reading chair in our living room:

But I'm not sure I ever totally loved it there, and once I decided to switch out the shades for curtains (which are really just canvas painters drop cloths), the light didn't look quite right, so it got replaced by another homemade reading light (more on that later) 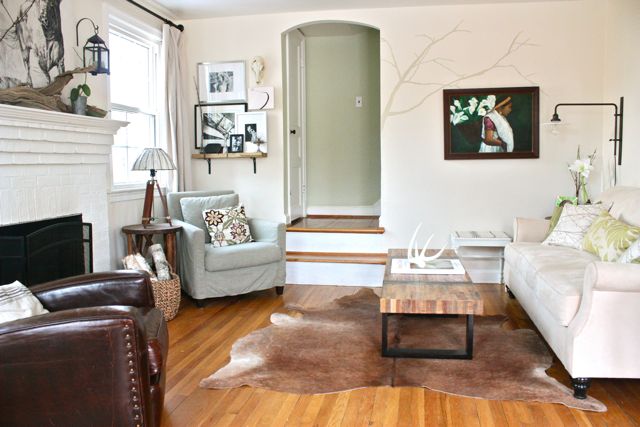 So I began to look for other places to put the sisal pendant. It sat on my craft table for a few months before it hit me, here, this dark little hallway that has sported a stylish bare compact fluorescent bulb since we moved in... 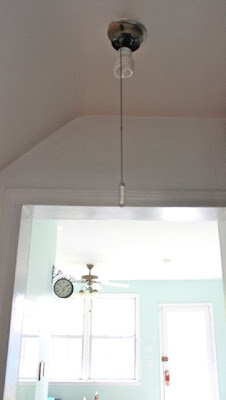 It's kind of an awkward little spot between our kitchen and addition. It also leads down to the basement. While it's not huge, it's big enough that I always feel like it should have some reason for existing other than a pass through: 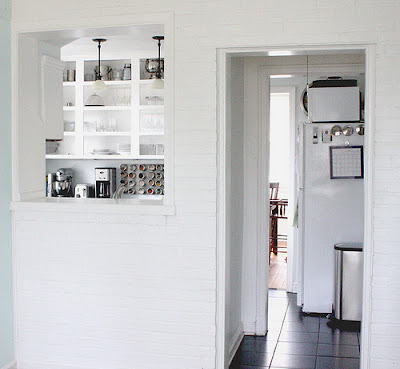 One day when I was going crazy with chalkboard paint, it got a coat of paint and became the spot where I write out our weekly menu (when I'm not being a slacker which often happens). Well, once the space actually had a function, it needed something besides a bare bulb, so the sisal pendant got a home. I just inserted longish screws into the case around the bare bulb, and worked the sisal around the opening of pendant light until it rested each of the three screws. 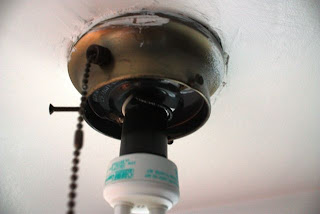 And now we have a nice semi-used menu spot!

Thank you for indulging me, now onto the practical details of making the pendant.
I used this type of sisal twine: 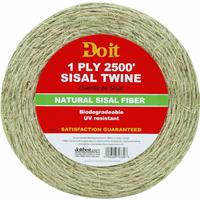 It's pretty thick and much stiffer than hemp twine but it wasn't super hard to manipulate.

I used gloss mod podge because that's what I had, and I had and used A LOT (I think 2 jars): 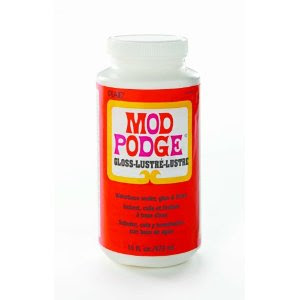 I literally shoved my whole hand into the jar and pulled it out dripping with mod podge, and then coated the sisal twine a few inches at a time by running it through my mod podge covered hands (very messy so you want to be sure to put down a dropcloth of some sort). As I covered the twine in mod podge I began winding it around the ball in a haphazard criss cross pattern. I left a few inches uncovered at each end so that I could get the ball out later, and also so you have a place to reach in and change the bulb once it's hanging. 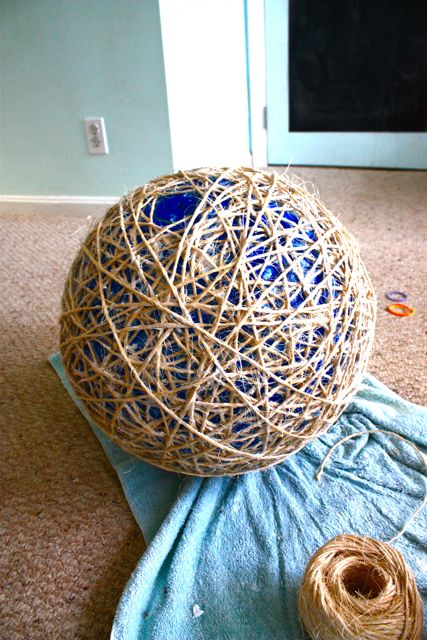 I let is dry for 2 full days before touching it.

Then I poked the ball with my index finger through the little openings to get it to un-stick from the ball. This was pretty time consuming. I just kept poking until I was pretty sure there weren't any areas of the ball still sticking to the ball.

Then I deflated the ball (stuck it with a knife....if I had been more patient I would have tracked down our ball pump needle and drained the air that way, but alas I'm impatient and so I just popped it).

Once it was deflated I gently peeled the ball out through the opening very carefully making sure not to yank any areas that were still sticking to the sisal.

And that's pretty much it!

If you make one, I'd love to know your thoughts and any new ways that you learned to make it easier.

My friend Molly made one for her living room and it turned out great: