Using fabric on the walls

Going through my photos, I realized that I never showed you one of my favorite details from an old project. As I mentioned last, the project was much more traditional than I usually do, but it was so special.

Sometimes projects are all about making something pretty, but most of the time, they're about people, and trying to figure out the best way to serve them. I may have written off that notion years ago as waayyy cheesy if I found it in some shelter magazine, but working in design now, I realize everyday how much of "the human" is involved. It would be easy to go overboard and jump to the trite conclusion that a pretty home equals a pretty life....but I won't....because it doesn't. BUT sometimes even small decorative details do bring a certain simple joy. And that's what this post is all about.... 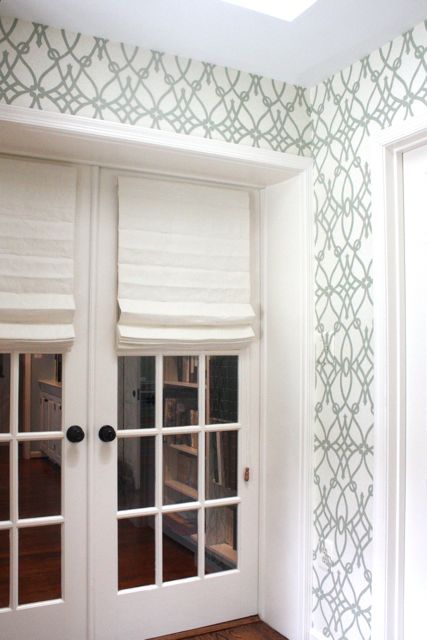 These clients are in their nineties. They moved into (an attached in-law house) in a new house with one of their children, and it was beautiful to be a part of the process of making their new home comfortable.

First a little background since it's been a long time since I posted on it....the clients really disliked the open floorplan. They wanted a formal space, a closed off kitchen, and a separate dining space. 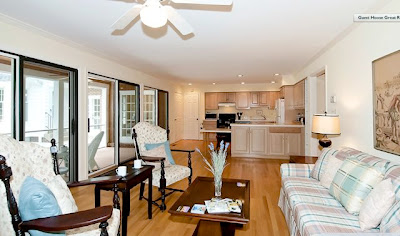 So we started by closing in the kitchen,  and then closed off and winterized a section of the long screened in porch so that it could become an all weather small breakfast room....it's the room through the blinding light on the left :) 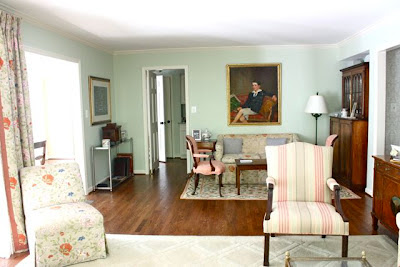 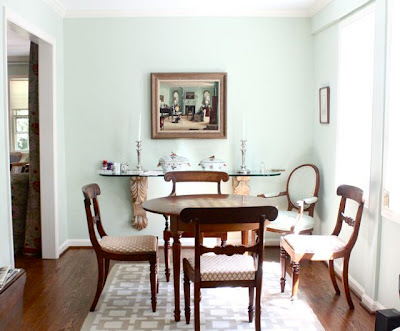 It's a pleasant little room, and one day after we put up the relaxed roman shades, the husband just lit up! 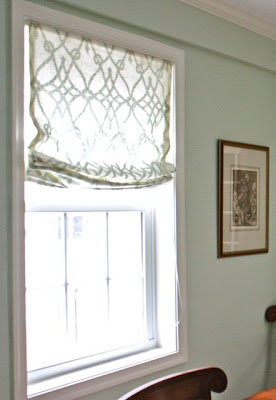 He asked if we could continue the pattern (Braemore's fioretto sprout) somewhere else. It was really his first and only request after months and months of working with them. I was thrilllled! It's such a pretty pattern, but what really got me was that he took some delight in it.

We decided to use it in the adjoining pass through to the main part of the house where his son lived. At first I thought about having a decorative painter recreate the pattern on the walls, but decided to look into using the actual fabric on the walls instead since linen has such a beautiful texture. I know there are all sorts of posts throughout blogland about hanging fabric with spray starch, but this wasn't really a project worth experimenting. Plus linen isn't most cooperative fabric...So we had Custom Laminations (great company, great prices) paper back the fabric. There are a few other companies that will turn fabric into wallpaper, but CL was the only one that I found that would do strict paper backing with no vinyl finish on the front. Since we wanted to preserve the texture, this was a must.

Thankfully the very talented, Michael DiGuiseppe (DC's besssst paperhanger and a total pleasure to work with...and he was the one who directed me to Custom Laminations in the first place--rockstar!), agreed to take on the small job.... 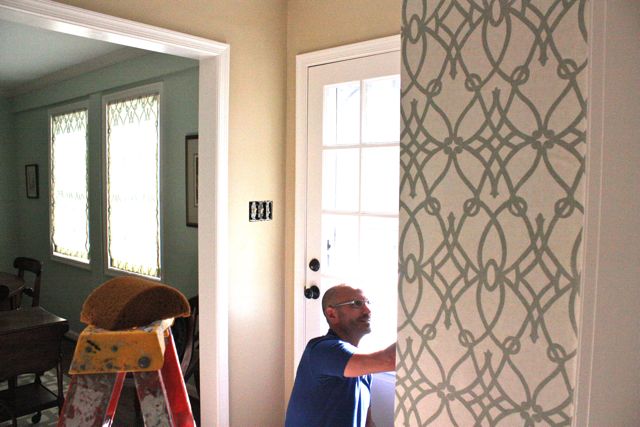 So the room went from this.... 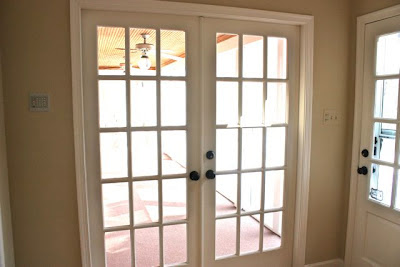 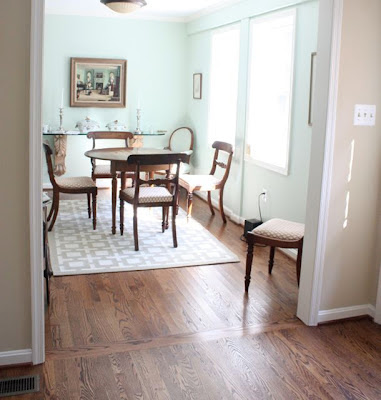 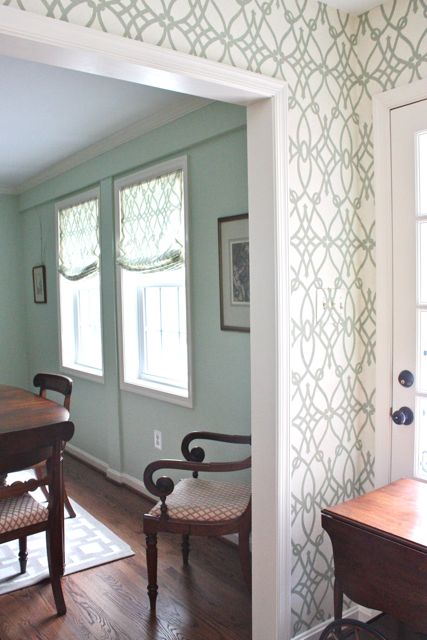 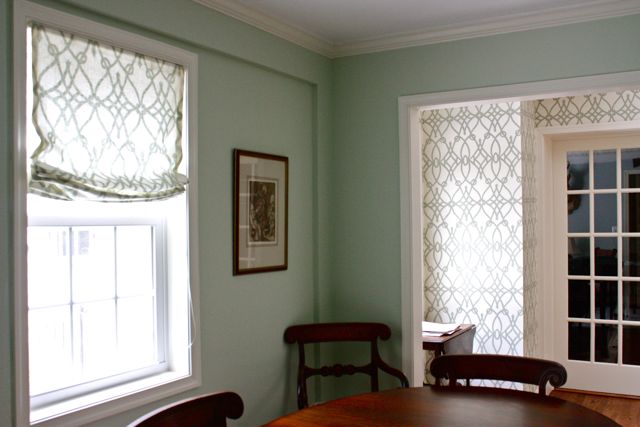 And then we added some roman shades to the french doors to lend a bit more privacy when needed...

It's so pretty and lends so much to the tiny vestibule, but the beautiful part was really the human aspect...During the course of this little process, the husband passed away.  As you can imagine, it was very difficult. I felt so bad that the dust wasn't even completely settled yet, and he didn't even get to enjoy the one detail that he requested! However, one day his very gracious wife commented that this small little space brought her a lot of joy. And one of the children commented how happy it had made them all to see their father get excited about that small detail.

And all of that made me re-appreciate how small material things do have their place.
Posted by Leah Moss at Wednesday, September 19, 2012

Email ThisBlogThis!Share to TwitterShare to FacebookShare to Pinterest
Labels: before and after, client projects, wallpaper