Linen, my friends, has been a longtime love, but like my husband and God, it only continues to make me marvel.  I should probably have renamed this blog linen eclectic long ago, and just turned out post after post about the various ways in which linen rocks. Maybe then, I wouldn't have had these long blogging absences ;) 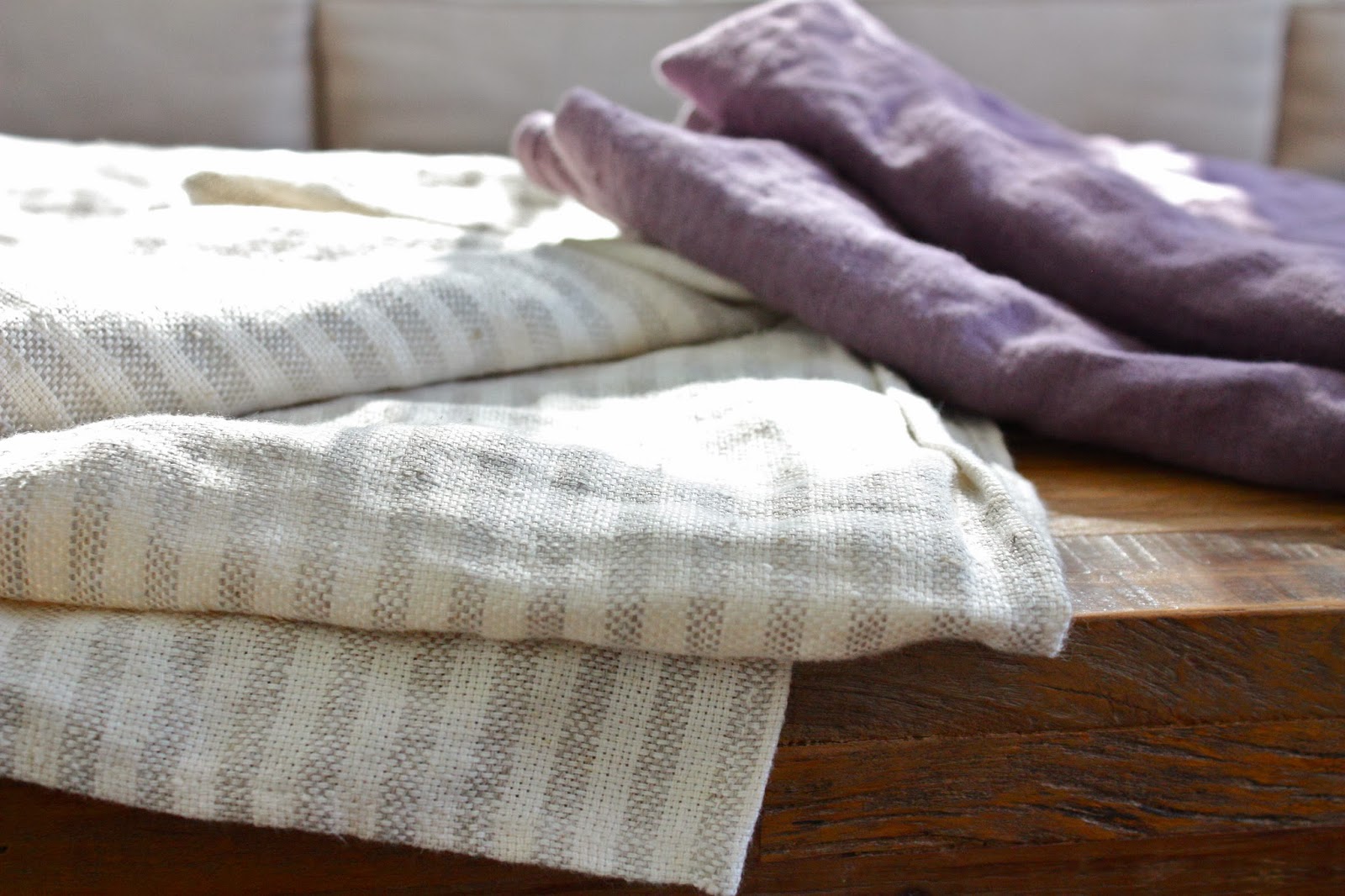 I was able to sneak away on a 24 hour silent retreat this past weekend to a beautiful spot. Sometimes coming home from something like that can be hard because it's like sensory overload....especially when coming off and into approximately the 3 zillionth snow day this winter...but the snow days, with all the kids home, have given me more appreciation for this hardworking little home, and even more appreciation for the materials that can hold up to a lot of abuse and still look awesome. Ones that are just content in a state of imperfection.

There's something quiet about linen. It looks contemplative, and maybe even at its best when strewn and crumpled by little happy hands. 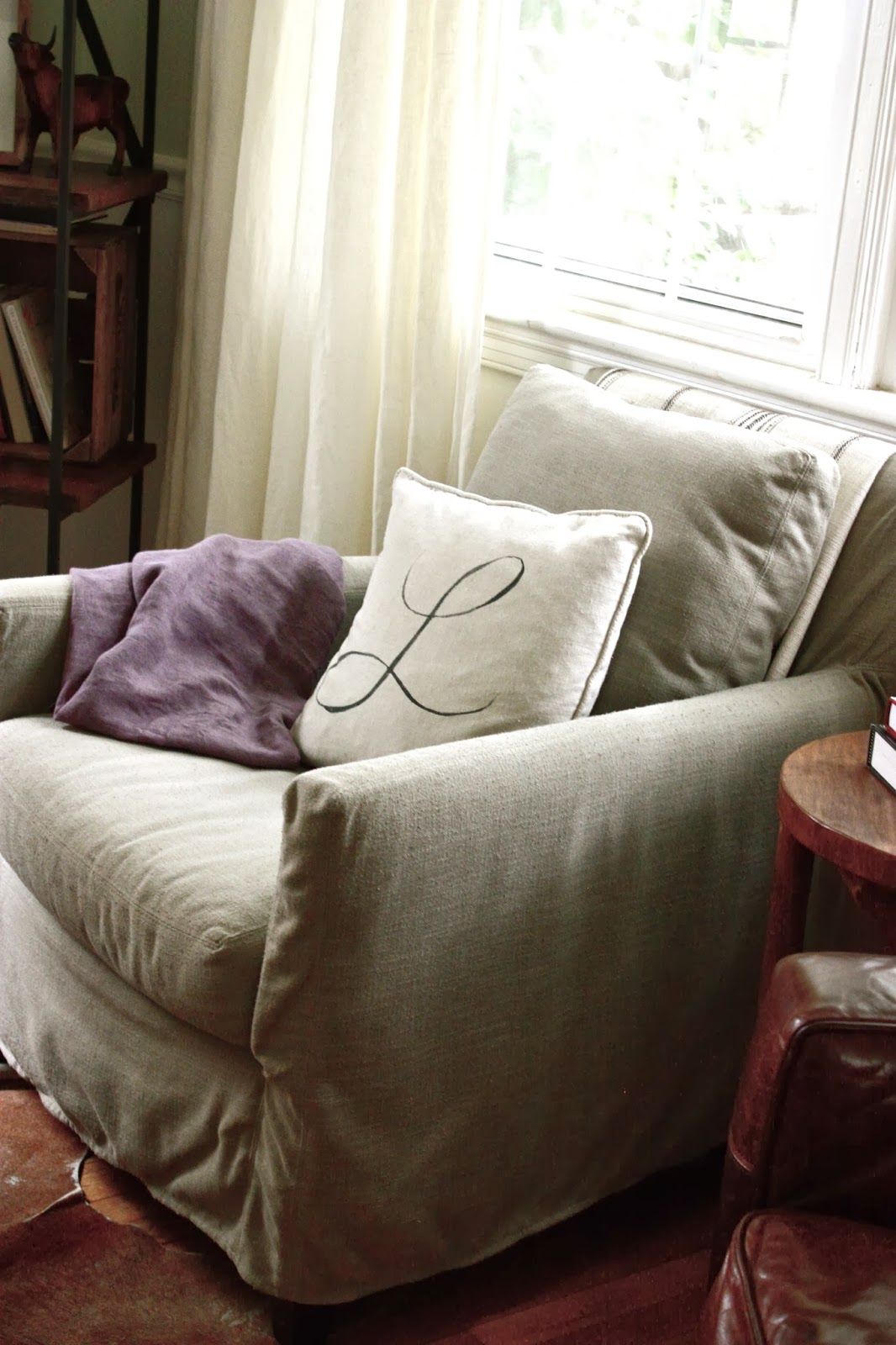 My husband bought me the fog linen work towel below a few years ago, but far more frequently than  actually acting as a towel, it moonlights as a throw (the back of this sofa is my 2 year old's favorite perch (looking out into my sister's house next door to say hi to his "tousins" :) so linen now masks a few footprints and the like... and this hardworking hand towel version has held up to a lot only getting softer.... 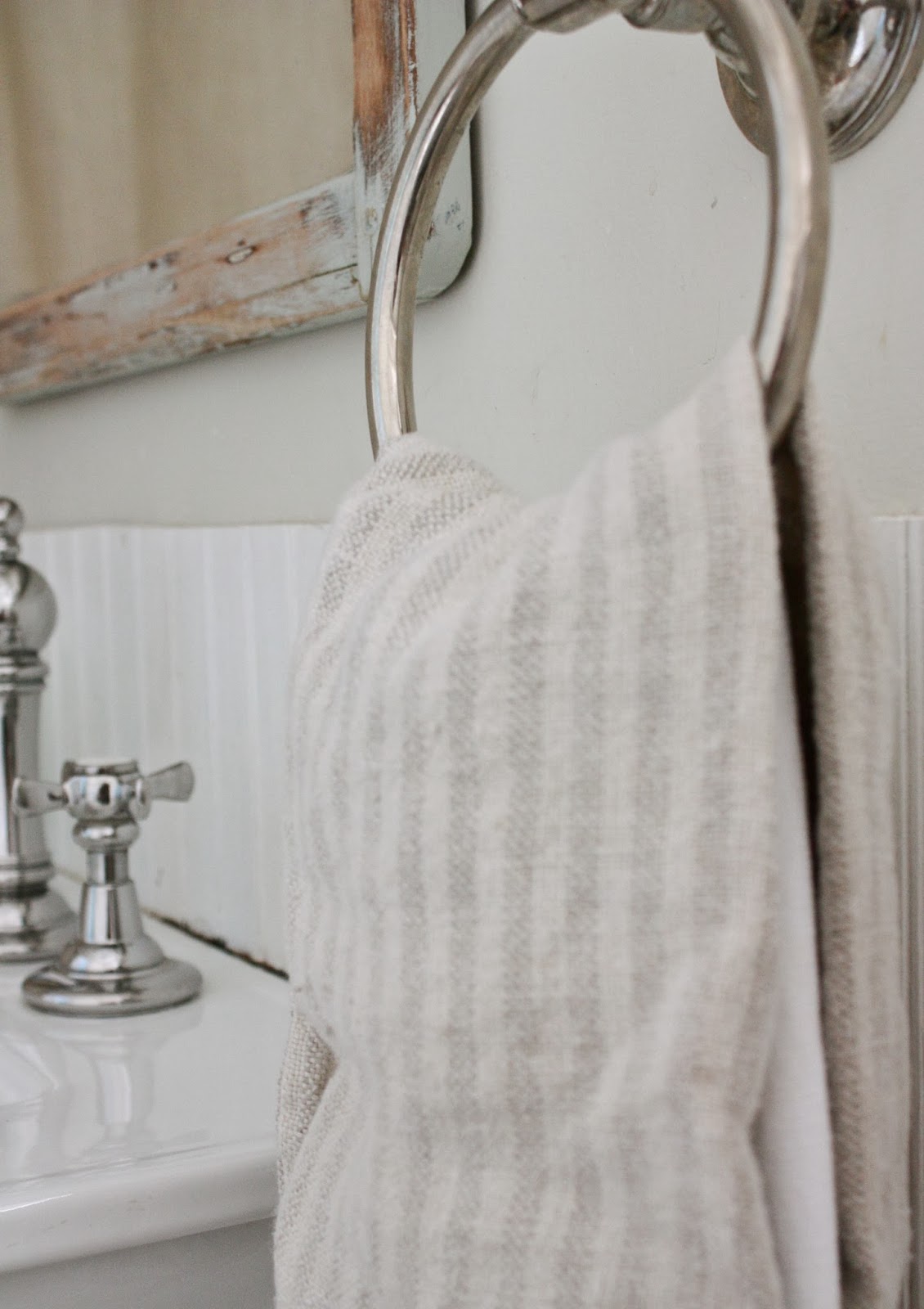 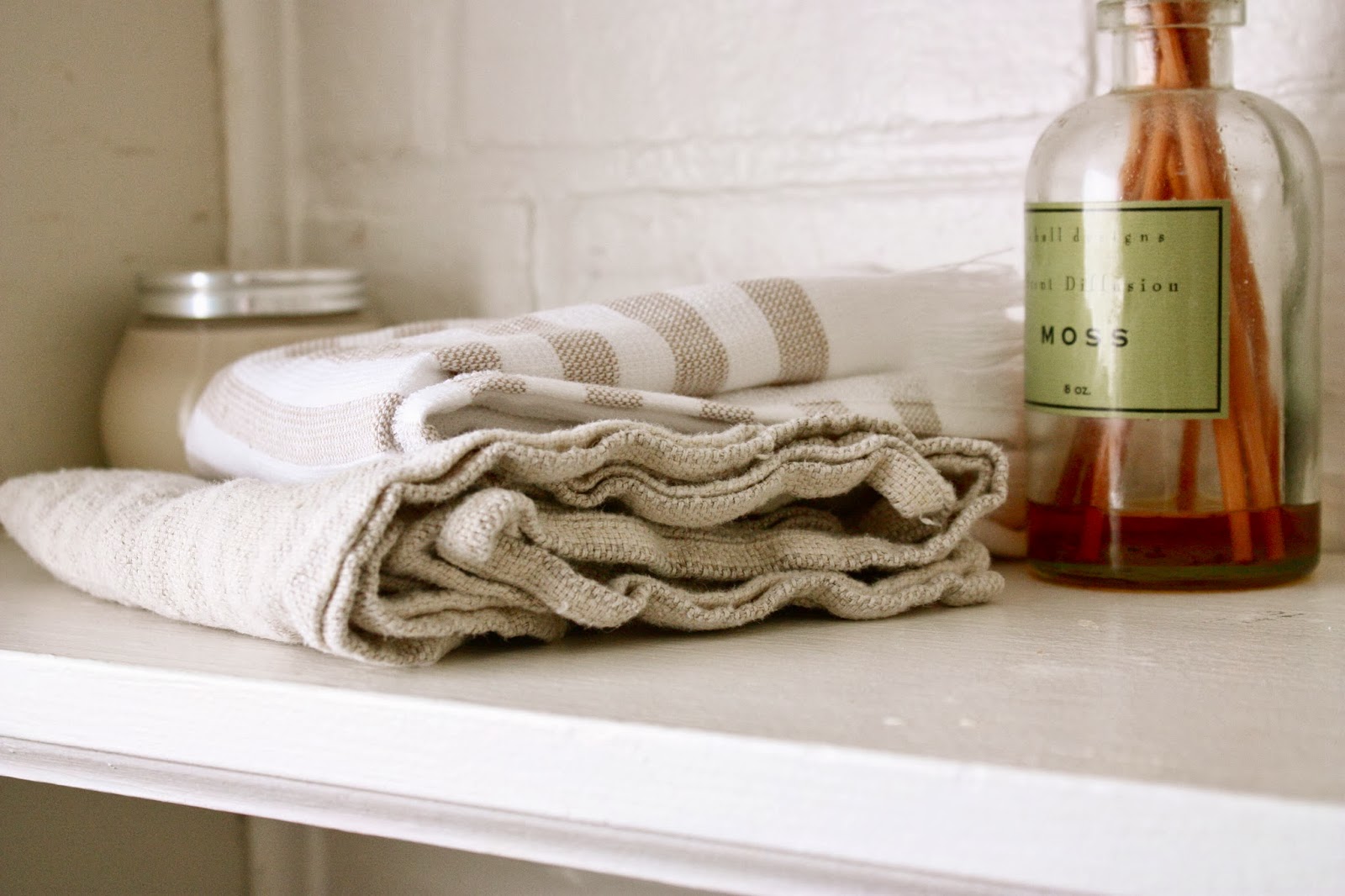 I have several favorite sources including a few local shops, but I can't say enough good things about etsy sellers House of Baltic Linen and Linen Crafts. Everything from both (including the purple towel/throw above from LinenCrafts) has been such beautiful quality.

**still life 99 is my visual catalog of the idea that we don't need a lot of things at home, but what we do need should be beautiful. They should be worthy of being noticed. I'm guessing that I have at least 99 around my own home to share.**