Over the last few months I've been working on a couple of corporate projects that I absolutely LOVE. Especially because the clients are awesome. and patient. 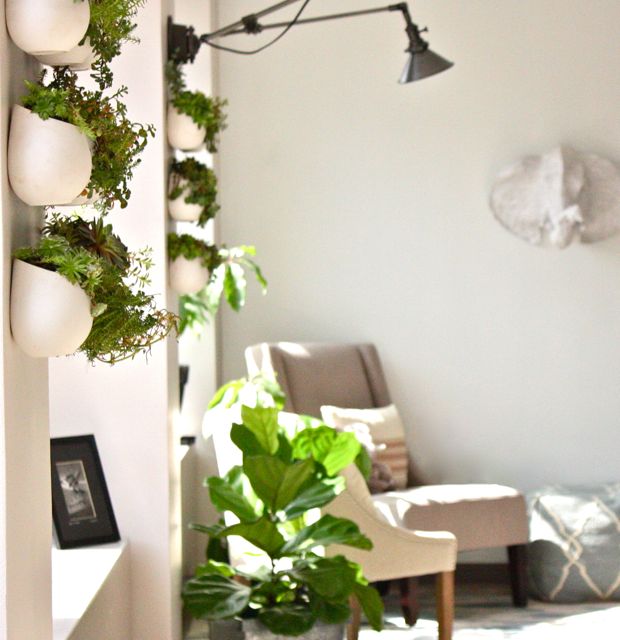 This one is a political consulting firm. Because they are a young and youthful firm, and work like crazy, they wanted to move away from the stodgy Washingtonian politico stereotype, and create a space that felt inviting, relaxed, and not so buttoned up. A little homey even.

It's coming along, and although it has a little ways to go, I'm so pleased with the progress. Plus, I have a terrible track record of taking final after pictures to share, so I thought I'd seize the moment and show what we have so far. 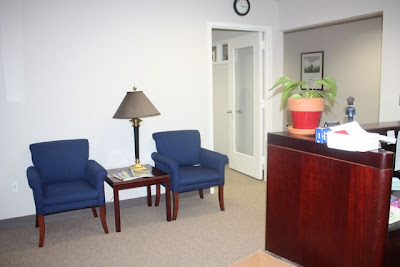 Dark and a little uninspired. Nothing like the vibrant crew who works there. So, we got to work.

They wanted to keep the wall color, so the biggest changes were replacing the blah carpet with a Brazilian rustic industrial grade laminate and removing some of the interior walls that blocked the awesome windows and made the office feel choppy. Since a lot of the firm's work is collaborative, there wasn't a need for a bunch of separate offices. 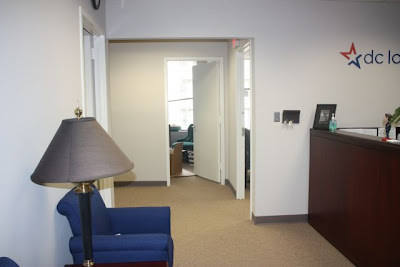 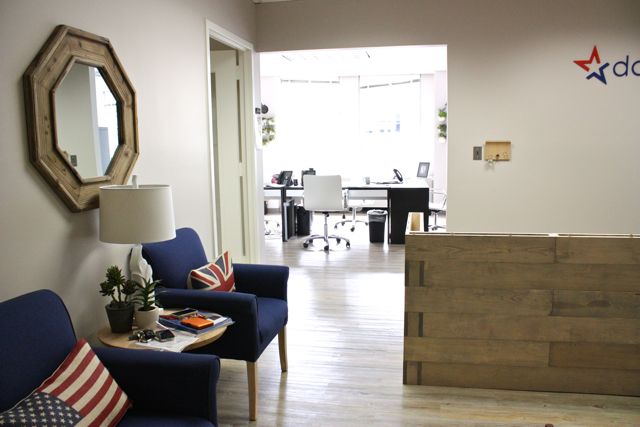 We ended up keeping the original chairs, and I just sanded off the original cherry finish from the legs. That and the pillows totally update the look and take off the stuffy corporate edge. I took this picture while the new custom reception desk was being installed. When it's done, it will be a bit taller and have built in planters. And in this picture, it's not in quite the right position, so that's why it's intruding into the hallway.

The best part about it was collaborating with the fabulous, Kaleo Kala of Kala studios. He's one of the most gracious, easy to work with, all around awesome guys that I've met in the design industry. I sent him a few rough sketches of what I had in mind: 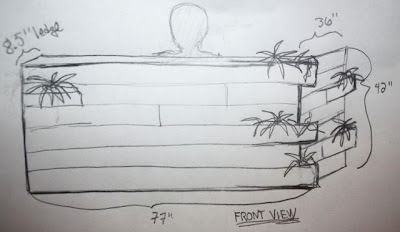 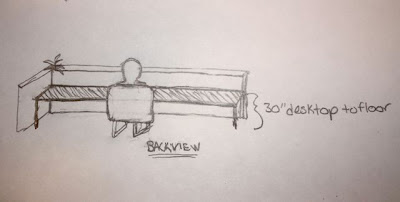 and he figured out the best way to build it. because he's genius and crazy talented. The man himself: 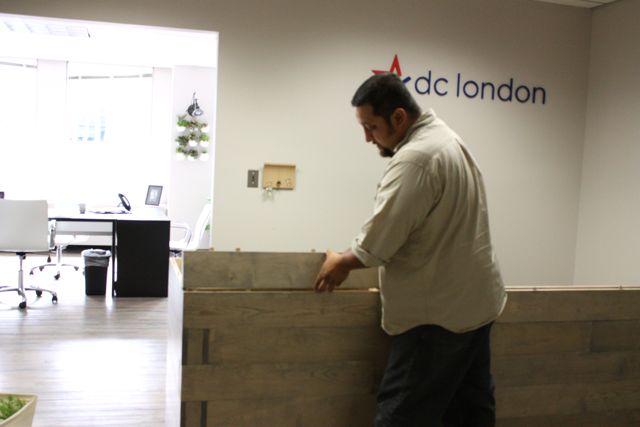 I will be showing real after pictures hopefully at some point for sure....bc I get giddy just thinking about it. But here's a blurry phone photo taken at night :) 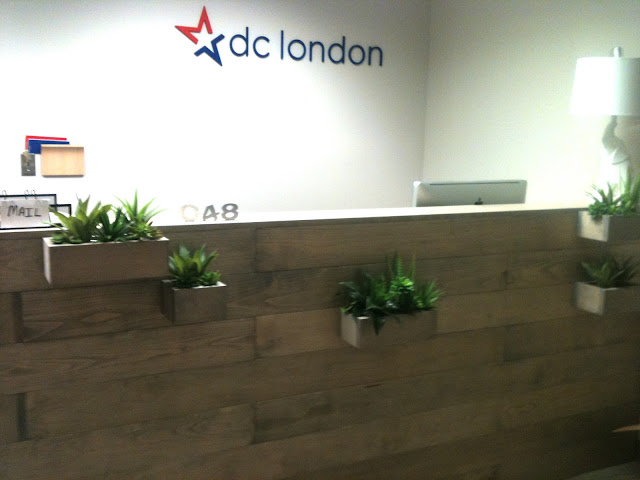 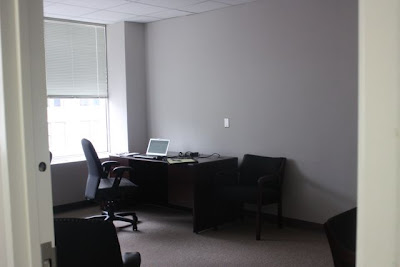 once we tore down the walls and opened a pass though to an adjoining suite, this end office morphed into a relaxed meeting area that leads into a little sliver of room/passthrough that's perfect for scheming. So we dubbed it the idea room. Complete with "aha" light bulbs. 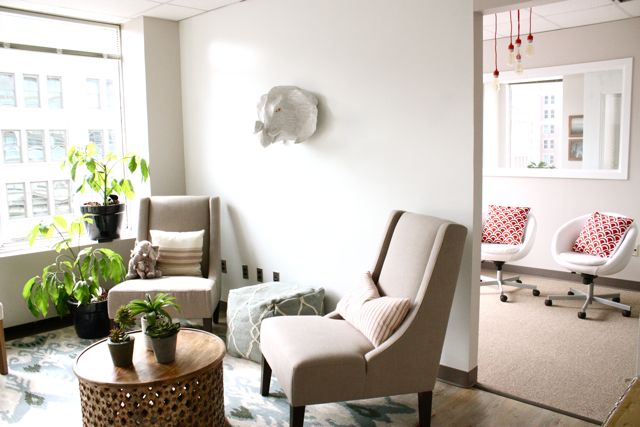 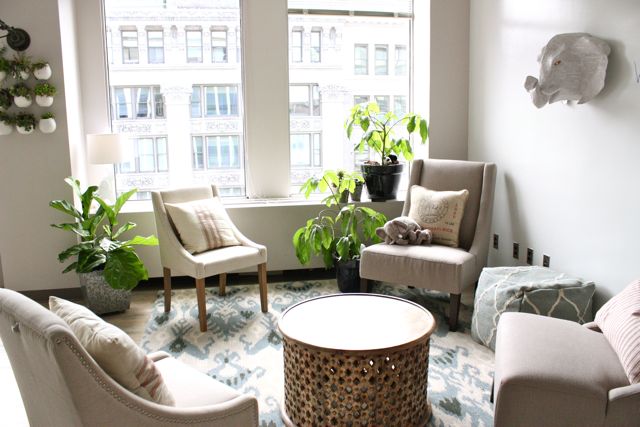 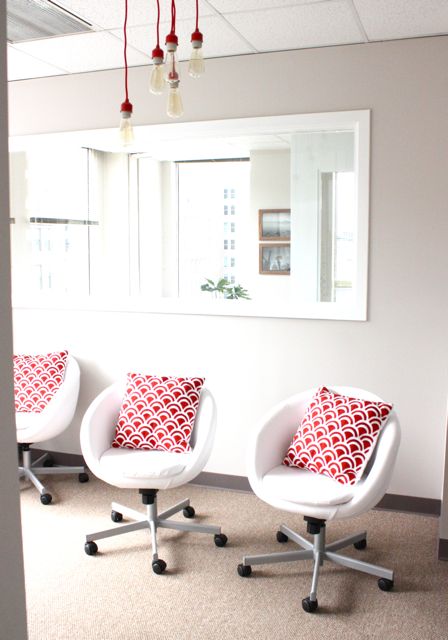 through the idea room you can glimpse another little meeting room: 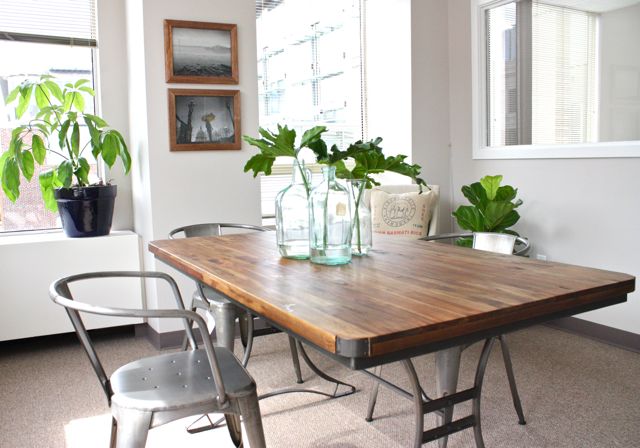 and back in the main space, the walls creating the dark hallway and choppy little offices were removed to created an open workspace. 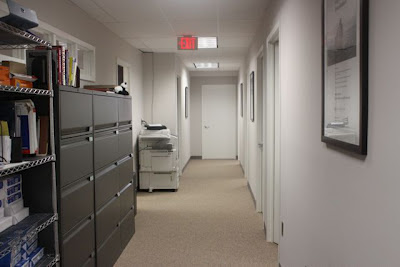 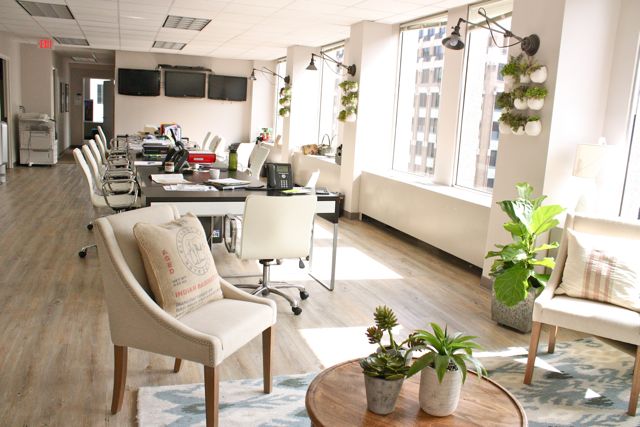 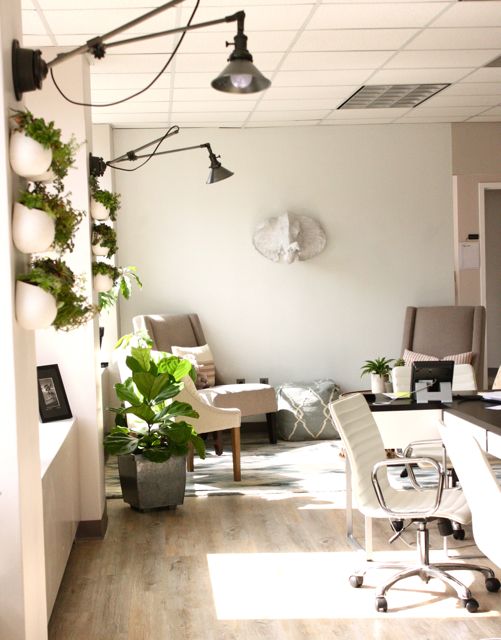 We worked the budget by using IKEA desks for the open space, which allowed us to replace the blah bulky table in the conference room with another custom piece from Kala Studios. I don't have a before pictures, but just picture a big ugly cherry laminate oval table, which moved over to make room for this beauty: 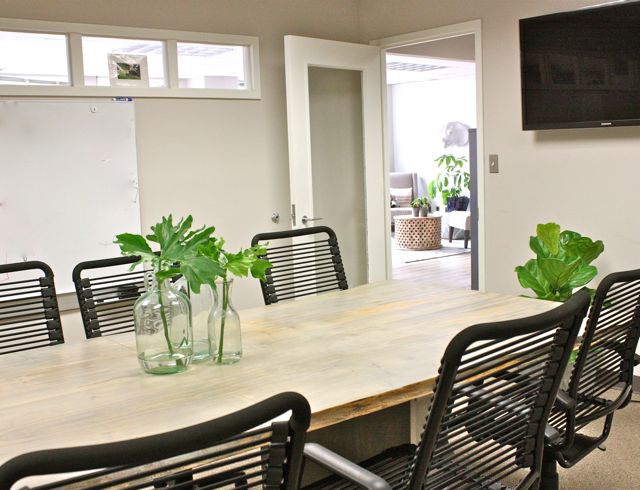 I knew I wanted something with a live edge, but not so rustic that it was impractical for daily use, conference calls, coffee cups, and notes. Thankfully Kaleo is a beast and totally nailed it. You can't see them, but there are built in outlets underneath. 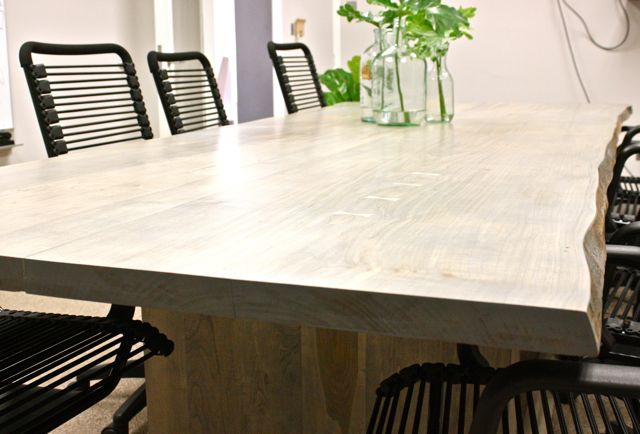 The chairs were another budget saver. It is so flippin hard to find a reasonably-priced even semi-stylish office chair. These cb2 bungee cord chairs are pretty sweet in both departments, yay!

OK all for now. I have another corporate project to share soon too. So stay tuned.