It will be at least another week before we deck the halls, however, now that we're two weeks into advent, I'm making a little progress on our advent mantel. Does time move as quickly for everyone else? I always feel a little queasy when I hear Christmas music in the stores before it's even Thanksgiving, but those retailers may be on to something. I always have a lot of crafty good intentions about how I want our home to look for advent, however, it usually takes a couple of weeks to translate any ideas into real life. Oh well... 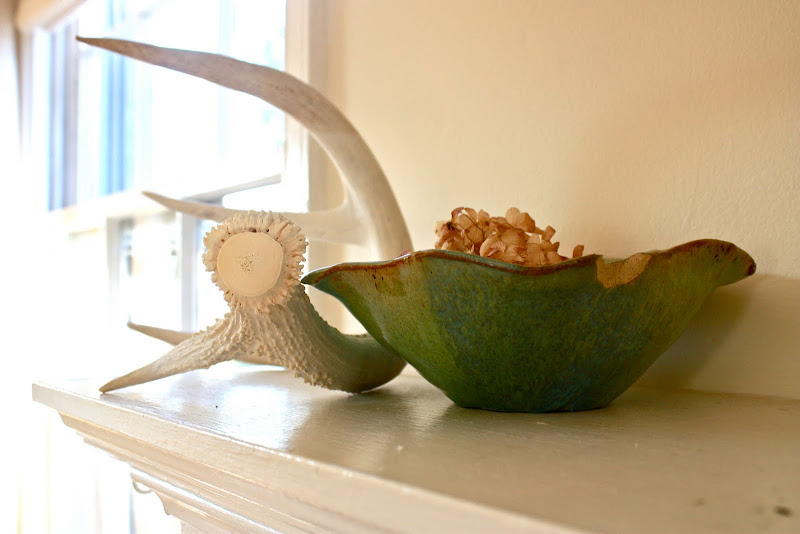 we found this antler in my in-laws back yard! 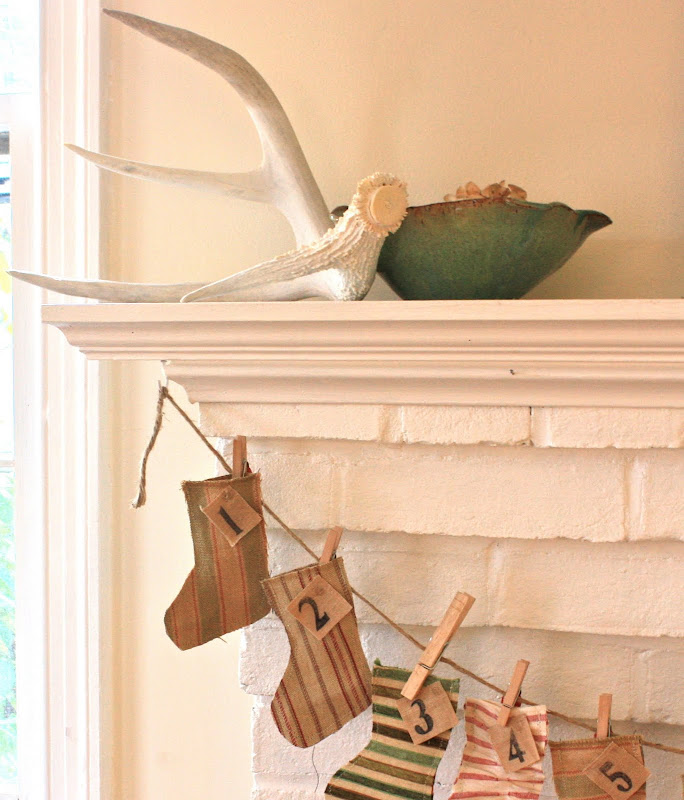 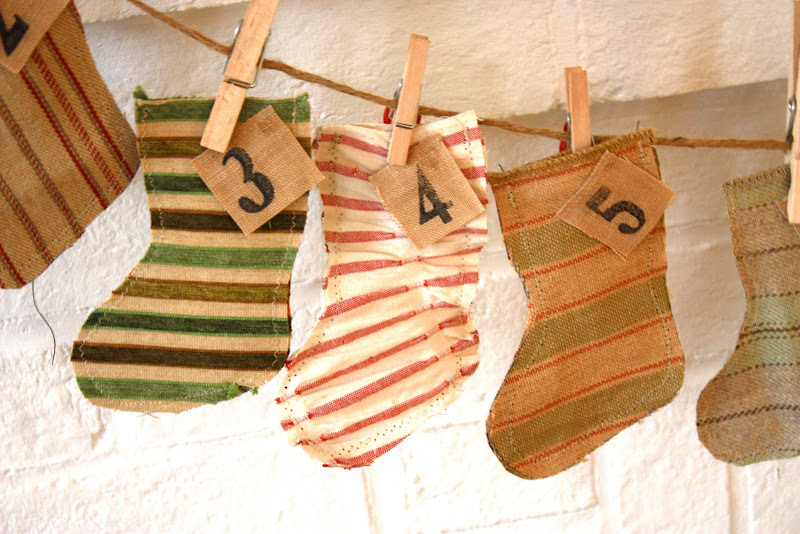 This year I've been on a major purging mission, getting rid of nearly everything that we don't love or don't use, but I continually make one guilty exception. I work for a textile company, and I've been slowly hoarding away beautiful discontinued fabrics whenever we get in a new line. A year and several bins of textiles later, I finally put a few pieces to good use by making them into a stocking style advent calender. Some of the stockings have small treats, and others have little scrolls with the picture of the nativity figurine that the recipient gets to place in the manger. My girls have been eagerly awaiting it's completion! 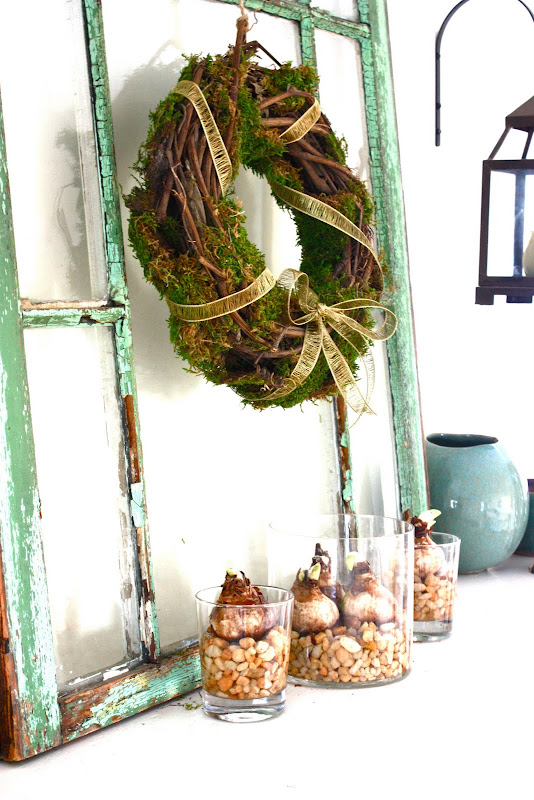 Last year, I fell in love with Martha Stewart's moss wreath, and haven't been able to let go of the idea, so I attempted to make my own...but it was way harder than I anticipated. I didn't research the process before I started--bad idea...instead I grabbed some sheet moss and a twig wreath at the florist and attempted to bind the two together. Well, it didn't exactly turned out as I had hoped, and the front of the wreath looked awful--like someone had glued green felt onto a wreath form. So, not having the patience to do my research and go back to do it right, I opted for the "rustic" (slacker ;) version by flipping the wreath around backwards to reveal the twig form with patches of moss from the front showing through. Still not perfect, but I'm growing to like it. 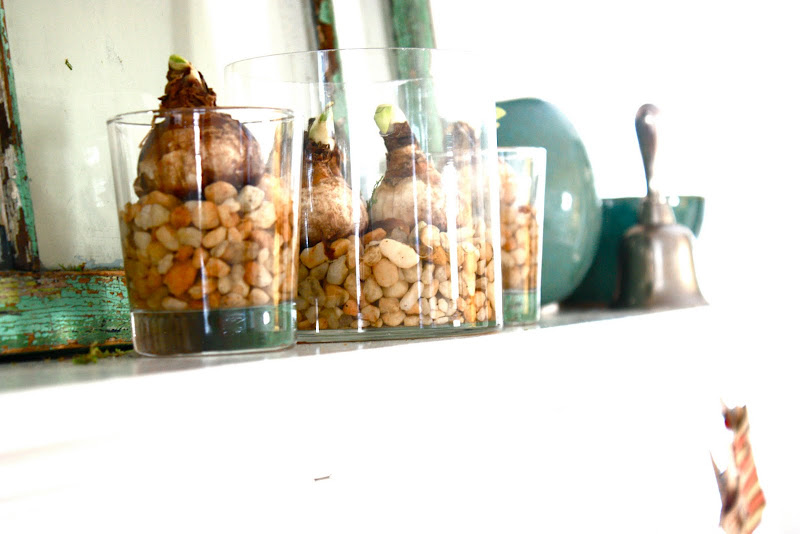 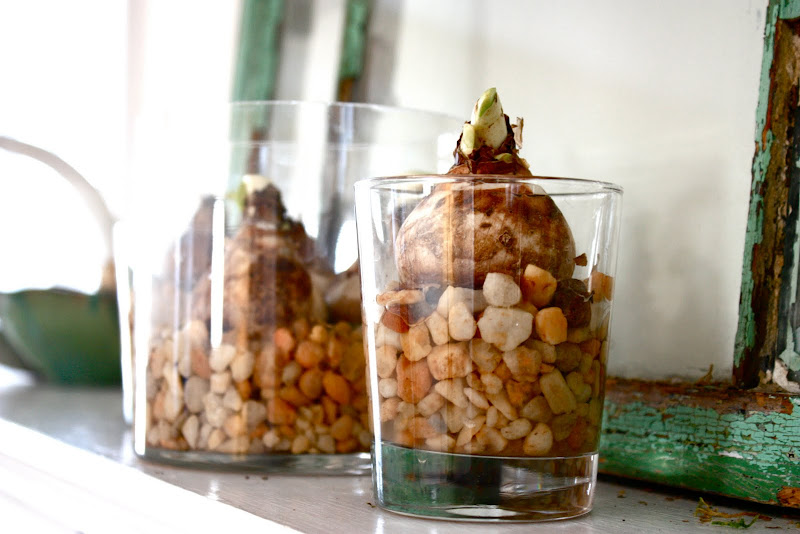 and I'm forcing paperwhites for the first time this year. I'm so excited, I love the smell, and love love the idea of something so beautiful blooming just in time for new years. 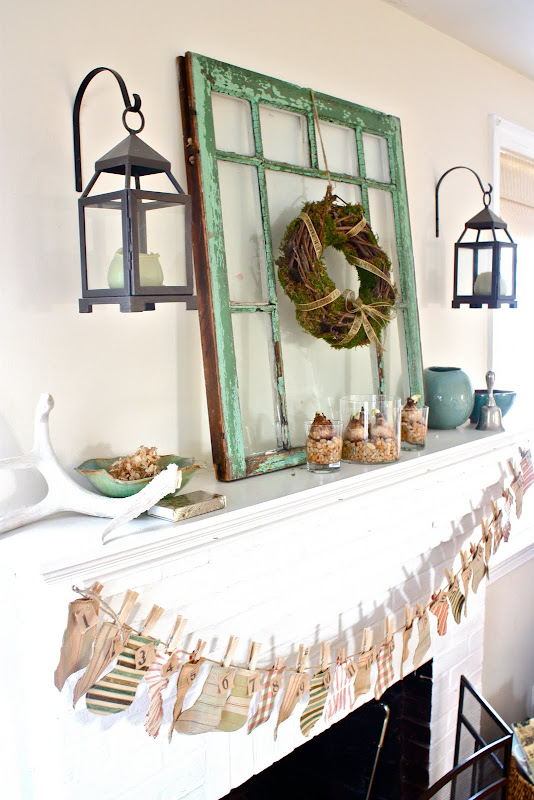 Email ThisBlogThis!Share to TwitterShare to FacebookShare to Pinterest
Labels: Christmas, DIY, our house