My mother in law if off to South America next week, and has promised to look out for some shallow hand woven baskets like these. Rather than a lot of color, we're going for a lot of texture, with a few saturated accents. Right now I have this torn out magazine page on the wall where I'm hoping my dream baskets will go. 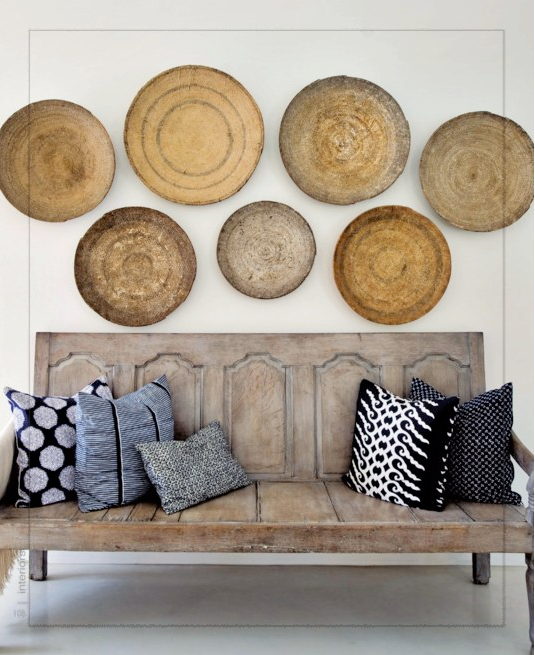 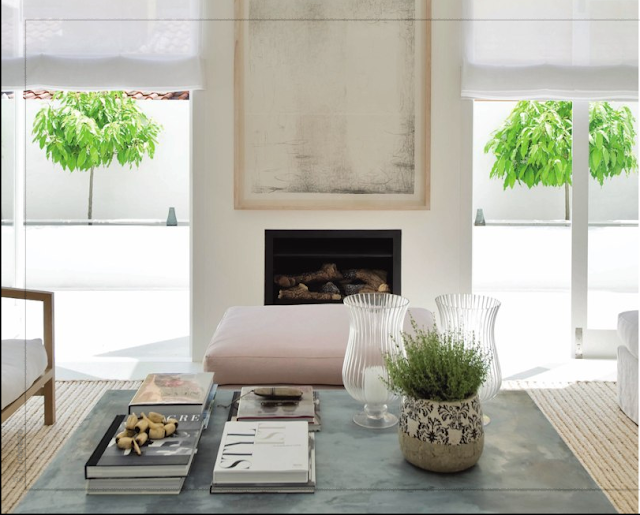 we are on a hunt for a good natural fiber rug, and after seeing this jumbo-weave jute one, I don't think anything is going to be able to compare. 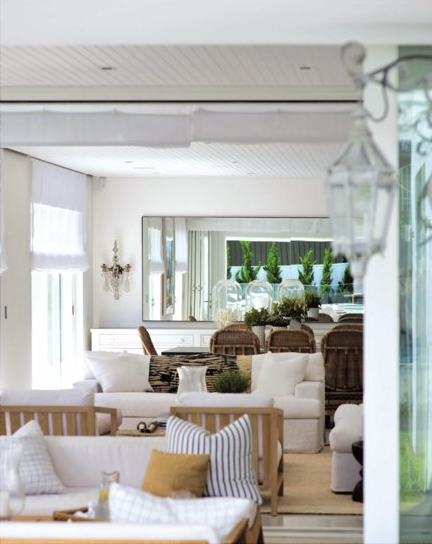 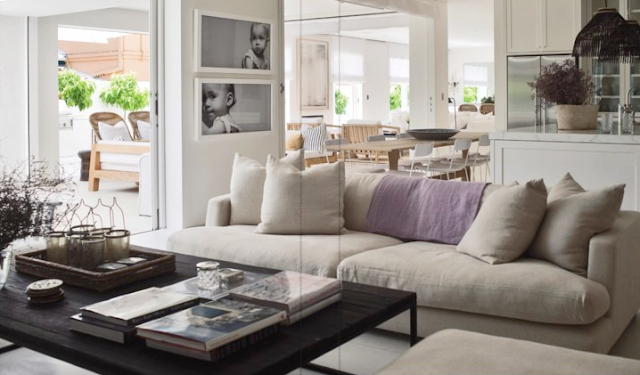 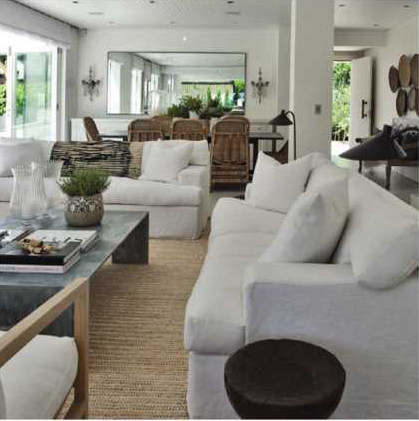 (above images from the June/July Issue of Interiors Magazine, below images from Simple Home) 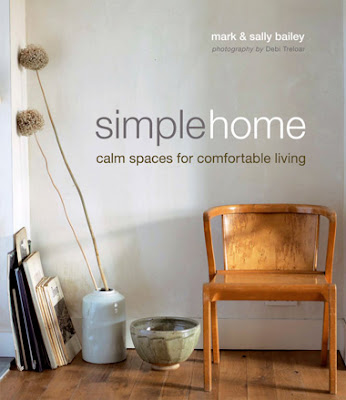 If I could crawl inside a book and live in it, this would be it. Mark and Sally Bailey have an incredibly peaceful and natural aesthetic that's warm and comfortable while still being refreshingly spare. 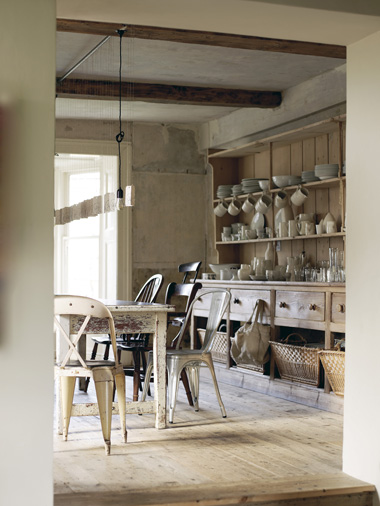 The beams! Or post-war brick colonial would look so silly with rough hewn beams, but I still dream about them. I've even tried to convince my husband that it might not be such a bad idea to remove the ceiling between the top floor and attic to expose the joists. It's only a matter of insulation and a few dollars afterall :) 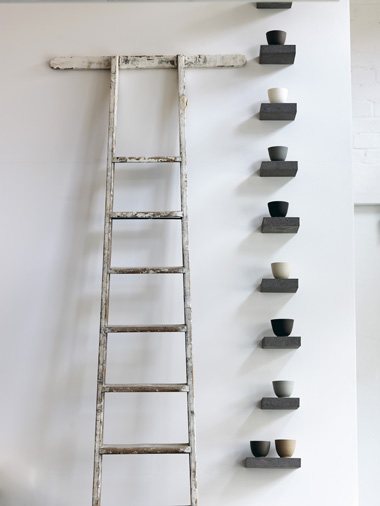 I have a few pieces of pottery that my mother made me in high school, and I'm using the image above as my arrangement inspiration, minus the ladder (although I wouldn't put up a fight if the Bailey's decided to send it my way...) 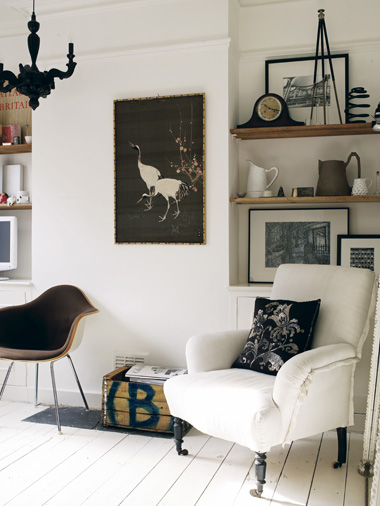